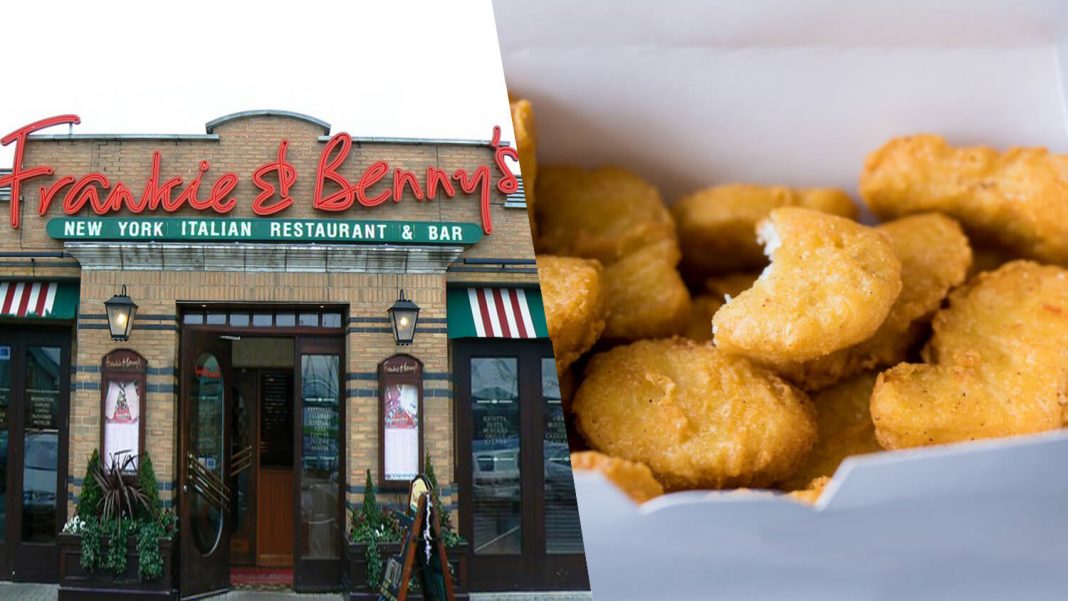 The vegan-friendly restaurant chain announced the new meat-free additions to the menu on social media yesterday. “Vegan Nuggets are landing at Frankie & Benny’s just in time for National Nugget Day! ??,” the brand wrote.

Frankie & Benny’s, which has more than 250 locations across the UK, has not provided details as to what its plant-based chicken nuggets are made from.

This is not the first time that Frankie & Benny’s has added new vegan options to its menu. Last March, The Restaurant Group, which owns the Italian-American chain, announced that it would expand the popular dining spots’ vegan and vegetarian options in order to combat declining sales.

Some speculated that the menu update may have been partly inspired by the desire to appeal to the demand for plant-based food from flexitarian, vegetarian, and vegan customers as well as to keep up with its more vegan-friendly competitors, such as Zizzi, Bella Italia, and Pizza Express.

Across the UK, restaurant chains are including more vegan options on the menu in response to increased consumer demand. According to a recent survey, more than a quarter of Brits are consciously limiting meat consumption in order to mitigate the effects of climate change. Last August, the Agriculture and Horticulture Development Board released a report indicating that meat-eaters who are “looking for something different” are one of the chief drivers of the booming plant-based food movement.