The new vegan options include a cheeseburger, a full English breakfast, scrambled egg, and for dessert, cheesecake and a Lotus Biscoff milkshake.

“Having something for everyone is so important to us at Frankie & Benny’s,” said Holly Davies, the head of food at the restaurant chain, in a video for PETA at the beginning of the year.

“We have worked in collaboration with PETA and we now have over 20 vegan dishes across the menu. We know the interest in vegan food is absolutely booming and not just for vegans,” she added. “Because of this, we wanted to try something a little bit different.”

In October, the chain added vegan meatballs to its menus. The move was inspired by IKEA’s recent vegan upgrades. According to the Foodservice Equipment Journal, IKEA shoppers who provided a receipt to Frankie & Benny’s received free meatballs.

“We’re really proud of our new Meatballs Al Forno and Plantballs Italiano recipes so who better to serve it up to than the home of meatballs in the UK,” Elise Ash, brand director at Frankie & Benny’s said in a statement. “We felt exhausted shoppers could do with a hearty Italian-American inspired dish before they head home for some DIY and hopefully the free meatballs offer will save them dishing out even more money.” 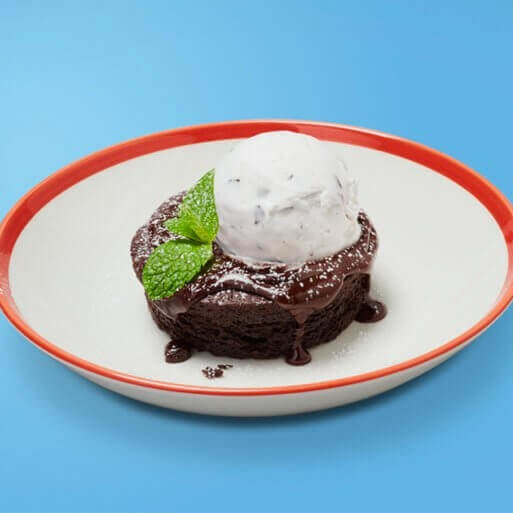 Vegan Menus Across the UK

Frankie & Benny’s joins a number of UK restaurants that have launched vegan menus this year. Popular bakery chain Greggs launched the much anticipated vegan sausage roll in 950 of its stores earlier this year, and it became the company’s best-selling new product.

Greggs’ chief executive Roger Whiteside said that the chain had been working toward it for some time. “Like many food retailers, we have seen an increasing demand for vegetarian and vegan products,” he told the Independent.

Pizza Hut added a new plant-based BBQ Jackfruit Pizza to its menu in January in honor of Veganuary, a campaign that encourages consumers to ditch meat and dairy for the month.

We love innovating and giving our guests as much choice as possible, Austin said. “And if this is as successful as we expect it to be, we’ll keep it on the menu for the foreseeable future.”