(Updated April 9 2020) For 140 years, Fray Bentos has been the leading Scottish pie maker. In early 2019, it finally launched its first vegan offering. Now the food brand has introduced a vegan steak and kidney pie.

Fray Bentos launched a Vegetarian Balti at Morrisons and B&M stores nationwide in March 2019. The vegan pie has a spicy puff pastry. Potatoes, onion, pepper, tomato, carrot, and peas make up the filling.

Fray Bentos, which began making its pies in 1881, says it has no plans to stop producing its iconic meat pies—but it’s also taking the foray into vegetarian options with significant care, earning the approval of the Vegetarian Society for the new Balti pie.

The company, now owned by Baxters, says the decision to make the shift can in part be attributed to the recent vegan sausage launch by the UK bakery chain Greggs. The sausage, which launched in January 2019 to coincide with the UK’s Veganuary campaign, was a runaway hit. It sold out across the country and the chain says it topped £1 billion in sales for the first time because of sales of the vegan roll.

“Our ‘pie-hard’ fans love our range, but we have seen huge demand recently for vegetarian foods which we’re happy to respond to,” said Lorraine Rothwell of Fray Bentos. 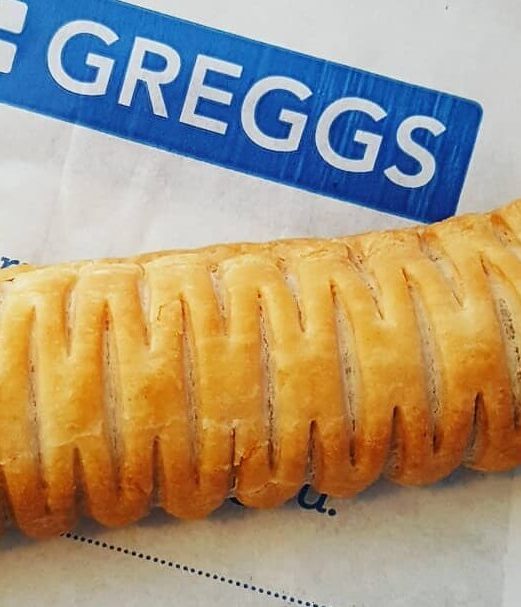 Flexitarianism on the Rise

Interest in vegetarian and vegan options isn’t just being led by the growing number of vegan consumers. It’s primarily being driven by flexitarians—consumers seeking to minimize meat consumption whether for health, ethical, or environmental reasons.

Scotland, in particular, has seen an uptick in vegan offerings. Data released last year pointed to Glasgow as the most “vegan hungry” city in the UK.

“We are seeing an increasing number of people adopting a more flexible approach to their diets, whether it’s just for one meal or one day a week, shoppers are increasingly choosing a vegan, vegetarian or flexitarian diet,” said Vanessa Henry, the shopper insight manager at food research and training charity IGD. “This is for a variety of reasons; the aspiration to be healthier, to adopt more ethical credentials and also to limit the impact on the environment.”