Vegans in Hong Kong can now indulge in French-style pastries sans dairy and eggs. The country just got its first 100 percent plant-based bakery.

Bien Caramélisé, which translates to “well caramelized,” opened its doors this month.

“Our first pastry collection is here. All handmade with 100 percent plants only,” the bakery’s founder and chef, Jessica Chow, wrote on Instagram. “No eggs, dairy, gelatin, or refined sugars, ever,” she added.

Chow began perfecting her recipes two years ago. Chef and restaurateur Peggy Chan had challenged Chow to create a vegan and gluten-free pâte à choux. Also known as cream puffs, the dough is used in many pastries.

“After numerous testings, with plenty of ‘mehs’ in between, I finally was able to get the taste and texture that I was satisfied with,” she explained. 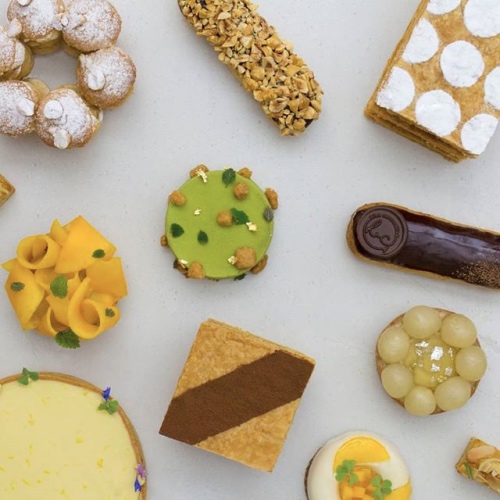 Chow said everyone seemed happy with the cream puff pastry. But she wanted to produce a more nutritious choux puff. She did just that and more.

Chow told Time Out that she developed all of the recipes herself. “My products are all made from scratch, including the plant butter and creams,” she said.

But she says opening Hong Kong’s first vegan bakery hasn’t come easy. “Being the first means you are spending more time, effort, and money than usual, which translates to a tougher business to run,” she explained. “And it is also more difficult to source our ingredients as many of them cannot be found with mainstream suppliers.”

Chow sources the bakery’s ingredients from local farmers. She also gets organic products from nearby countries like China and Taiwan. The chef explained this is what sets her apart from other bakeries.

“We are healthier not in the sense of our products being low in fat or calories, but more in using a wider variety of nutritious ingredients,” she told Time Out. “[This] makes our pastries better for you and the environment.”

She shared on Instagram: “[And] what better way to start eating more plants than enjoying them as your desserts?”