Two French entrepreneurs have developed an egg that looks and tastes like a chicken’s egg, but it’s made with legumes.

The recipe for “marvelous eggs” is still in development, however, the duo confirmed to Euro News that it is legume-based. In a bid to make their eggs as realistic as possible, they have also created a shell. Currently, it’s made from plastic, but a new eco-friendly alternative is in the works.

“We are in the midst of talking to experts at the moment to make sure we develop the most eco-friendly eggshell possible,” they explained to Euro News. 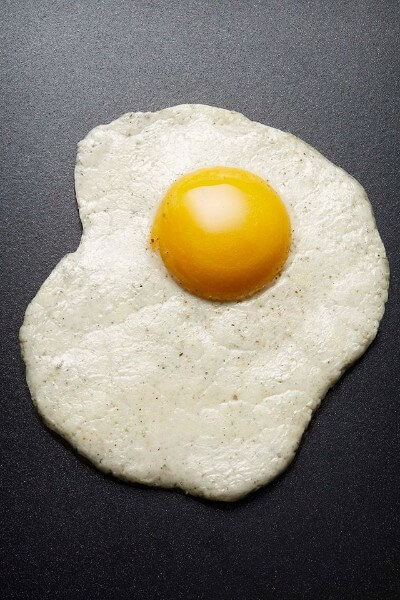 The idea is that Les Merveilloeufs’ eggs will act as a direct replacement for traditional eggs. You can scramble them, boil them, fry them, and, eventually, add them to cake mixture.

“Marveilloeufs can be eaten in exactly the same ways as hens’ eggs,” said Soulères and Thavisouk. “In an omelet or as raw materials in cooking. In terms of whipping up egg whites in baking, this is proving difficult at the moment but we fully intend to rise to the challenge.”

In terms of nutrition, Les Merveilloeufs’ eggs contain fewer calories and fat than a chicken’s egg. The protein content is also slightly slower.

The taste, however, is pretty similar. The duo noted, “it is tricky to describe what an egg tastes like in general, as the flavor is so subtle. But the Merveilloeufs taste slightly more sulfurous.”

Les Merveilloeuf isn’t alone. California-based food tech brand JUST has also created a vegan egg product. Available in liquid form, the bottled plant-based egg is made with mung bean protein. Like Merveilloeufs, it can be scrambled and added to omelets.

Demand is rising for vegan alternatives to animal-based products, says Soulères. “Veganism is booming,” she told Le Monde. “We realized that what is most lacking in the daily life of vegan people is the egg. [It’s] a food that can be found in every meal, from breakfast to dinner, in sweet and savory dishes. [So] we decided to make a [vegan] one.”

Soulères and Thavisouk hope Les Merveilloeuf’s product will be commercially available by mid-2020.