The vegan snails will be served on the eatery’s special Vegan Weekend menu as part of its bouillabaisse stew option. Vegan versions of calamari and scallops will also be included in the soup, which originates from Marseille and normally consists of fish and shellfish. Tofu halibut will also be served, as well as basil and chia seed caviar and seaweed broth.

The limited edition menu is part of a whole weekend celebration of all things vegan at Avenue. The restaurant will host a two-day long event, where it will not only serve vegan dinners and brunches, but it will also host a vegan rooftop market with vendors and special guests. 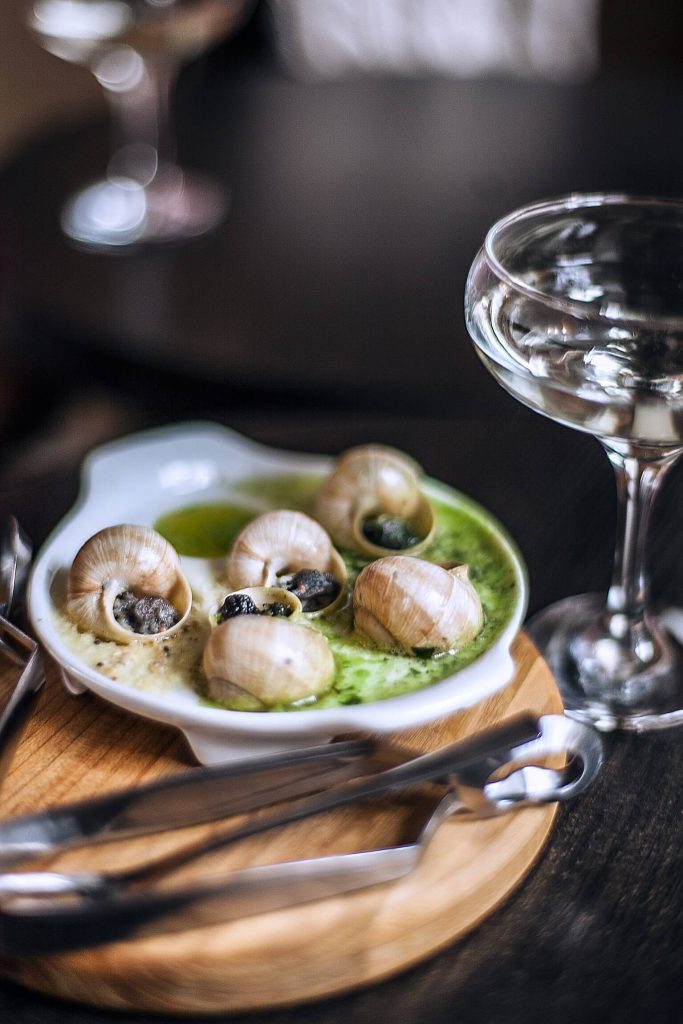 Posting about the event on its Instagram page, Avenue wrote, “We kick off the fun Friday night with a vegan dinner with optional wine pairing. Saturday and Sunday we have a 3-course vegan brunch and on Sunday we bring you a vegan market on the rooftop.” It continued, “Grab a cocktail in the rooftop lounge and check out our cool vendors!”

“[People for the Ethical Treatment of Animals] were saying I was a horrible person because I was using foie gras,” said owner and head chef Alexis Gauthier. He added, “While it is hard to make this choice because of some existing customers’ love of our classic French meat and fish dishes, actually it is customers driving this move.”

Avenue’s Vegan Weekend will run from March 22 to March 24.