Two French women have cracked the code to the perfect vegan egg—shell and all.

“We realized that what was missing most in vegan people’s daily food was the egg, a food that can be found in every meal, from breakfast to dinner, in sweet and savory dishes. We decided to make one,” Thavisouk told the French daily Le Monde.

But creating a plant-based egg that looked, cooked, and tasted similar to a hen-derived egg wasn’t an easy task.

“When creating the Merveillœufs, the most complicated aspect was making sure they could match up when it comes to cooking,” the pair told Euronews Living. They added: “Hens’ eggs are used in such a variety of different ways, which means they are hard to replicate.” 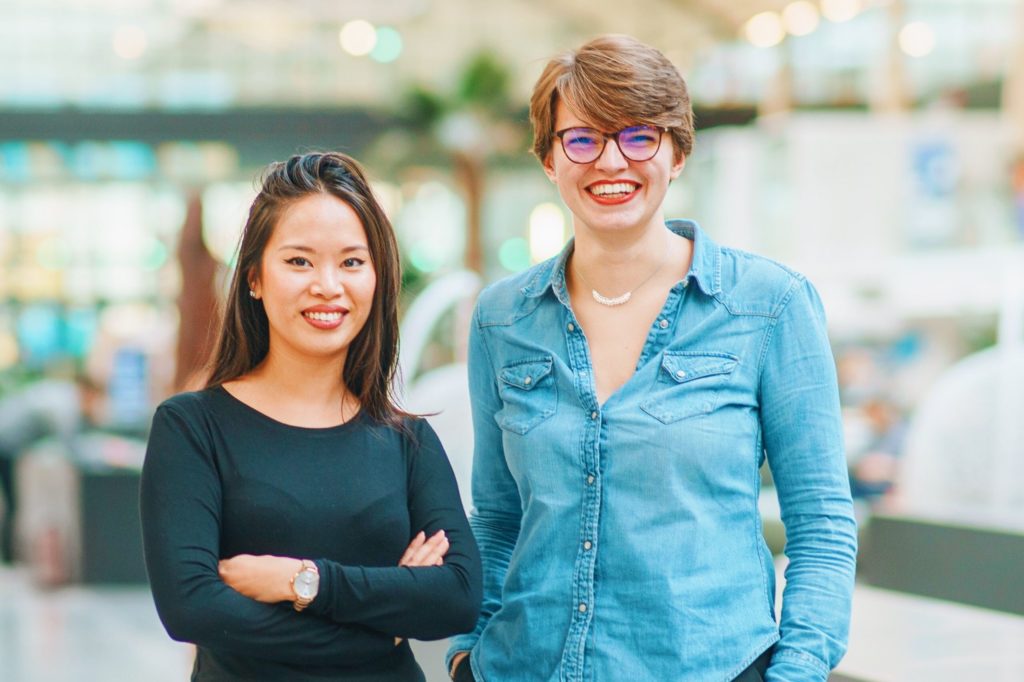 But the duo has managed to hatch the perfect vegan egg.

Soulères and Thavisouk say it’s taken them three years and about 50 different versions to get their ready-to-use plant-based egg recipe to where it is today.

And although there are plant-based eggs on the market, Les Merveilloeufs sets itself apart from other vegan eggs because it features a yolk and an outer shell similar to a hen-derived egg.

Take, for instance, Follow Your Heart’s VeganEgg. While the plant-based egg comes in a carton similar to one hen-derived eggs are sold in—the product comes in powder form.

JUST’s vegan egg is perfect for whipping up a number of egg dishes, such as quiches and omelets. The liquid version resembles hen-derived eggs that have been cracked open and whipped. JUST also carries folded egg patties that resemble eggs that have been already cooked.

Although the exact recipe is currently under wraps, the pair say the vegan egg is vegetable-based. Soulères and Thavisouk launched a crowdfunding campaign earlier this year. They have also partnered with an incubator program—Station F—to help get their product to market.