Manchester shoppers can now sip on a dairy-free latte and munch on a vegan chocolate brownie as they take a seat on one of the most famous sofas in the world. Or a very convincing replica, at least.

To celebrate the 25th anniversary of the hit ’90s sitcom “Friends,” Primark has opened the UK’s first retail-based Central Perk Café in its Manchester store in partnership with Warner Bros.

The show sees iconic characters Ross, Rachel, Chandler, Phoebe, Monica, and Joey navigate the ups and downs of life in their twenties. It ran for a decade, with its last episode shown in May 2004, but is still loved and re-watched by Generation-Zers and Millennials around the world.

Once customers have munched on Gunther’s best vegan selection, they can have their picture taken on the iconic “Friends” sofa, before browsing the wide selection of merchandise in the store.

“We are hugely excited to be bringing the first branded Central Perk Café in fashion retail in the UK to the British high street,” said Primark’s Director of New Business Development Tim Kelly in a statement. “Customers can relax and have fun there whilst also enjoying our amazing fashion at amazing prices in our Manchester store.” 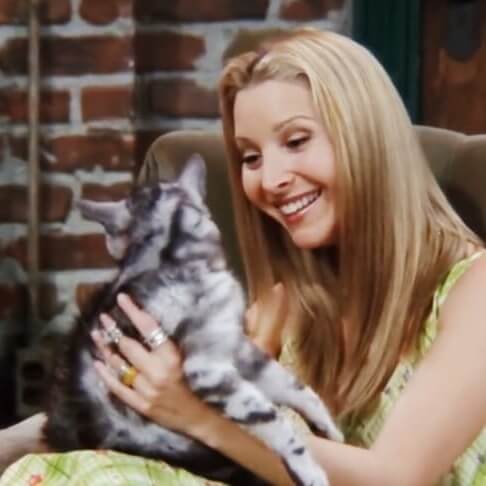 Would Phoebe be a vegan?

The majority of “Friends” was filmed in the ’90s, before the term “vegan” was used commonly in conversations about dinner and spotted frequently in supermarkets and on restaurant menus.

Vegetarianism was more well-known, and Phoebe Buffay — one of the more quirky members of the bunch, who once believed her mother was a cat — was, for the most part, a passionate meat-free, animal lover.

Buzzfeed reports that if the sitcom were re-made today, it would be less problematic (think Ross’s issues with a male nanny), Chandler would be a Twitter enthusiast, Joey would be sliding into DMs, and Ms. Buffay would avoid animal products altogether.

Instagram would be the “Smelly Cat” singer’s main platform, the publication maintains, and she would use it to “encourage people to be more mindful of the earth.”