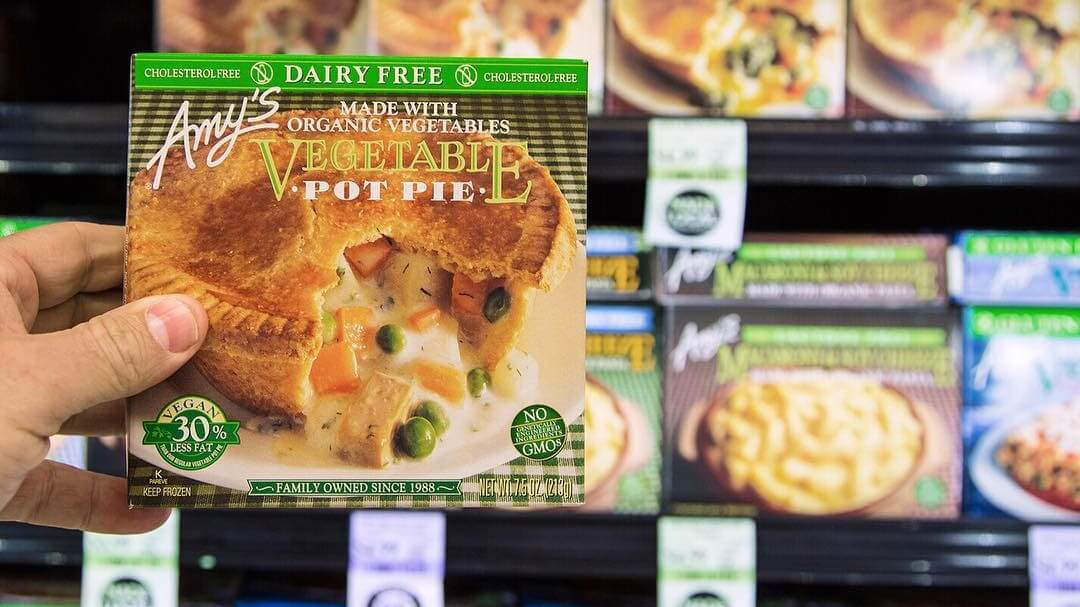 The processed, frozen T.V. dinners that notoriously became an icon of American food culture from the 1960s onward are on the decline as customers begin gravitating towards more vegan food that is convenient, healthy, and completely plant-based.

According to data released by Packaged Facts, a leading market research publisher covering the food, beverage, consumer packaged goods, and more, the frozen dinner market has been steadily declining at a CAGR (compound annual growth rate) of about 1 percent between 2012 and 2017. The report notes that sales were down across all years while volume declined at an even faster rate, indicating that frozen foods are no longer as appealing as they once were to consumers. Compared to meals that include animal ingredients, plant-based frozen meals grew 18.4 percent last year, according to data from SPINS.

While the frozen market is worth an “impressive” $1o billion in retail value, 2018 seems to have marked the end of an era as consumers have lost trust in products, likely due to the original, highly-processed, sodium-heavy T.V. dinners of the past.

“The frozen food section at a traditional grocery store has been frowned upon, even though freezing food is a great way to maintain nutrients and freshness,” Kelly Swette, CEO and founder of vegetarian brand Sweet Earth Foods, a brand that specializes in plant-based meat and frozen prepared foods, told Natural Products Insider.

why are frozen meal sales declining?

In addition to that, grab-and-go options are becoming increasingly popular among consumers due to the fact that more customers are seeking freshly prepared meals in retail. Major U.S. grocery chain Whole Foods Market offers an array of freshly-prepared to-go foods, such as vegan Ahimi tuna by Ocean Hugger Foods and meals by regional brands. Affordable grocery chain Trader Joe’s, Aldi, and other chains are also working on expanding their grab-and-go plant-based meal options.

Another driving factor in the decline of frozen foods is new foodservice innovations in the tech space that allow consumers to easily order fresh food and takeout. Additionally, meal kits are in the rise, driven by the trend of younger consumers who are looking to cook at home more often. Veestro and Purple Carrot are among the most dominant in the U.S. vegan meal kit market but many omnivore brands, such as Green Chef, FreshRealm, Sun Basket, and others offer plant-based options.

vegan frozen entrées on the rise

The concerns relating to health, the environment, and animal welfare are all driving the rapid growth of the vegan frozen foods market.