When there’s nothing vegan on the menu, French fries are nearly always there. They’ve saved hungry vegans on multiple occasions, and now, a festival celebrating the ultimate fallback food is coming to Florida.

Tallahassee is about to play host to “Frye” Festival, “an immersive fried potato festival spanning three restaurants in a not so secluded area.” And unlike the fraudulent Fyre Festival debacle of 2017, it’s likely this event — offering “the best in straight fries, curly fries, waffle fries, and adventure — will actually be a hit.

If you’ve seen either the Hulu or Netflix documentaries on Fyre Festival, or you remember the news coverage at the time, you’ll know that the event was supposed to be the hottest gathering of the social calendar.

Founded by now-jailed businessman Billy McFarland and co-organized by rapper Ja’Rule, the festival was marketed as an ultra glamorous, secluded version of Coachella, on a private island in the Bahamas (allegedly once owned by Pablo Escobar, but this turned out to be false).

It was advertised by supermodels and social media influencers Kendall Jenner, Bella Hadid, and Hailey Baldwin, but it turned out to be one of the biggest festival flops in history. According to the BBC, instead of the world’s most luxurious party, paying customers arrived to scenes of soaked mattresses on the floor, cheese on bread for dinner, and complete disorganization. 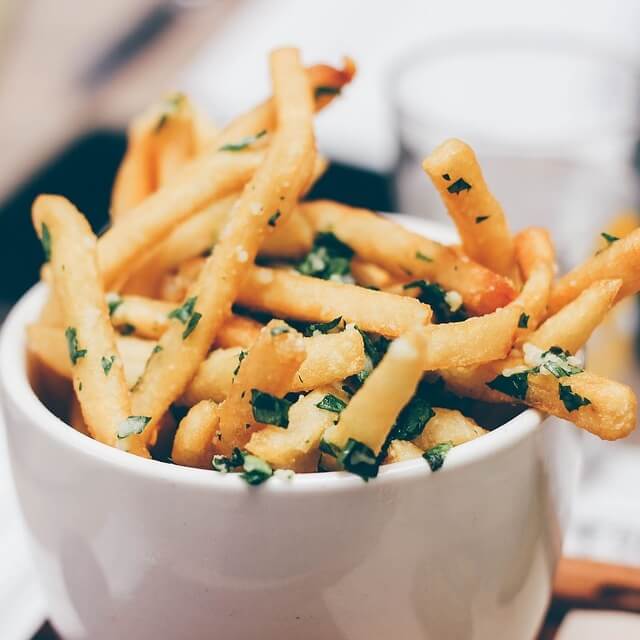 Frye Festival is the ultimate celebration of French fries

Unlike the event that inspired it, the French Frye Fest — which the invite notes, was “once owned by Kendall Jenner” and then adds, “totally not true, just making that up” — promises to actually deliver on its word, with a wide variety of french fries on offer for guests.

“Each location … will feature a different style of fry (straight, curly, waffle),” says the Eventbrite page for the festival. “Each style of fry will have four different unique versions of that fry. That’s 12 different french fry creations to walk around and sample.”

It’s alleged that some customers paid thousands of dollars for tickets, travel, and luxury accommodation for the Fyre Festival, but Florida’s Frye Fest will cost $25.

“We reached out to some of our followers who have a lot of followers themselves and had them drop the graphic yesterday to sort of mimic all the influencers,” a spokesperson for the Frye Fest told Bustle. “The event description was an obvious parody from the actual Fyre Fest promo video.”

The Frye Fest will be held at three Tallahassee restaurants: Madison Social, Township, and Centrale. Unlimited fries will be available between 6 pm and 10 pm on National French Fry Day (July 13) and tickets are available here.