Vegan “Game of Thrones” star Jerome Flynn, aka Ser Bronn of the Blackwater, is now the lord of ethical cryptocurrency.

Things ended well for Bronn in the series finale of HBO’s hit fantasy series. The mercenary was appointed the Lord of Highgarden, Lord Paramount of the Reach, and the Master of Coin for the Six Kingdoms, formerly the Seven Kingdoms, under King Bran.

Fifty-six-year-old Flynn is now a real life Master of Coin of sorts. The British actor announced that he joined the advisory board for VeganCoin, the ethical cryptocurrency of UK-Israeli company, VeganNation.

“Vegan Nation is the basis of an international vegan economy that makes vegan lives simpler, more economical, and better for the Earth and the soul of each of us,” Flynn said in a statement. “VeganCoin will allow many more to become vegans and thereby contribute to the reduction of our ecological footprint.” 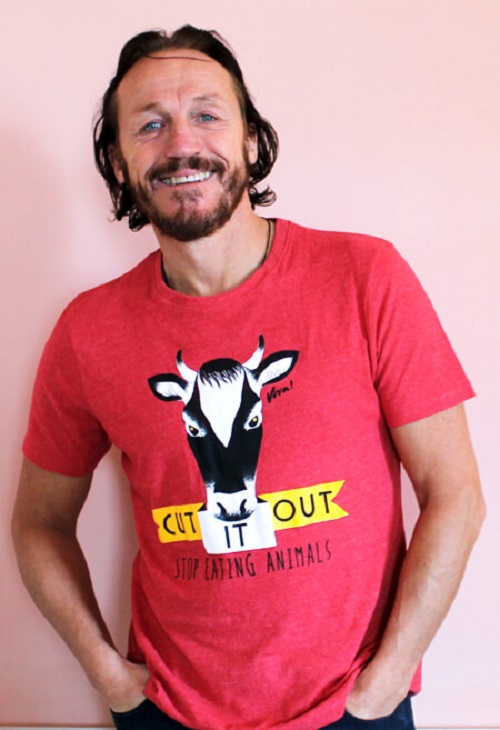 The group aims to create a global “vegan ecosystem” and VeganCoin is one component of that. “A trading system based on the BlockChain technology will enable the use of smart contracts, making it possible for a consumer to know exactly how the product he purchased was handled, guaranteeing an ethical chain of supply,” says a document on the website.

Other initiatives include creating a vegan food sharing platform to allow members to share home-cooked meals, providing plant-based recipes, and launching an e-commerce platform that would use BlockChain-based VeganCoin as payment.

According to CCN, VeganCoin has raised almost $10 million of their $60 million target through its ongoing ICO (initial coin offering).

Flynn has regularly used his “Game of Thrones” stardom to advocate for animals. In an interview with the UK brand of international animal rights organization PETA, the British actor revealed that it was one of the charity’s pamphlets that helped spark the change.

“It was educational stuff about the way animals are treated, and I had no idea.… [W]e’re not really educated to link the food on our plate to the animals [who] we love,” he said.

Last January, he appeared in a PETA ad talking about so-called humane meat. “British farmers would like us to imagine their animals in green pastures and barnyard scenes of years gone by. But I’m sorry to say that the reality is far from idyllic,” he said.

A longtime vegetarian, it was Flynn’s fellow vegan “Game of Thrones” co-star, Peter Dinklage, who played Tyrion Lannister, that may have prompted him to ditch all animal products. “[W]e talked about how much being vegetarian or vegan matters. It’s very important,” he told UK-based animal rights charity Viva!.

Dinklage and Flynn both appeared in ads urging people to not buy huskies following the breed’s increased popularity thanks to direwolves in “Game of Thrones.”