In its various versions, American game show “Jeopardy!” has run for more than five decades, airing nearly 10,000 episodes. This month, the television quiz show dipped its toes into veganism.

The first question in the vegan category, which earned contestants $200, asked players, “in fashion some vegans avoid wool, leather, and this fiber that comes from insects,” the answer being silk, which is typically made by boiling silk worms alive in their cocoons.

For $400, participants were queried: “Vegans can finally have a proper pint; this Irish brewer completely phased out fish-derived filters in 2017.”

The answer is Guinness, which removed isinglass – a kind of gelatin that comes from fish bladders – from its products in 2016. But it’s certainly not the only vegan-friendly beer available. Online resource Barnivore, which helps users find animal-free alcoholic beverages, lists nearly 9,000 vegan beers across the globe. 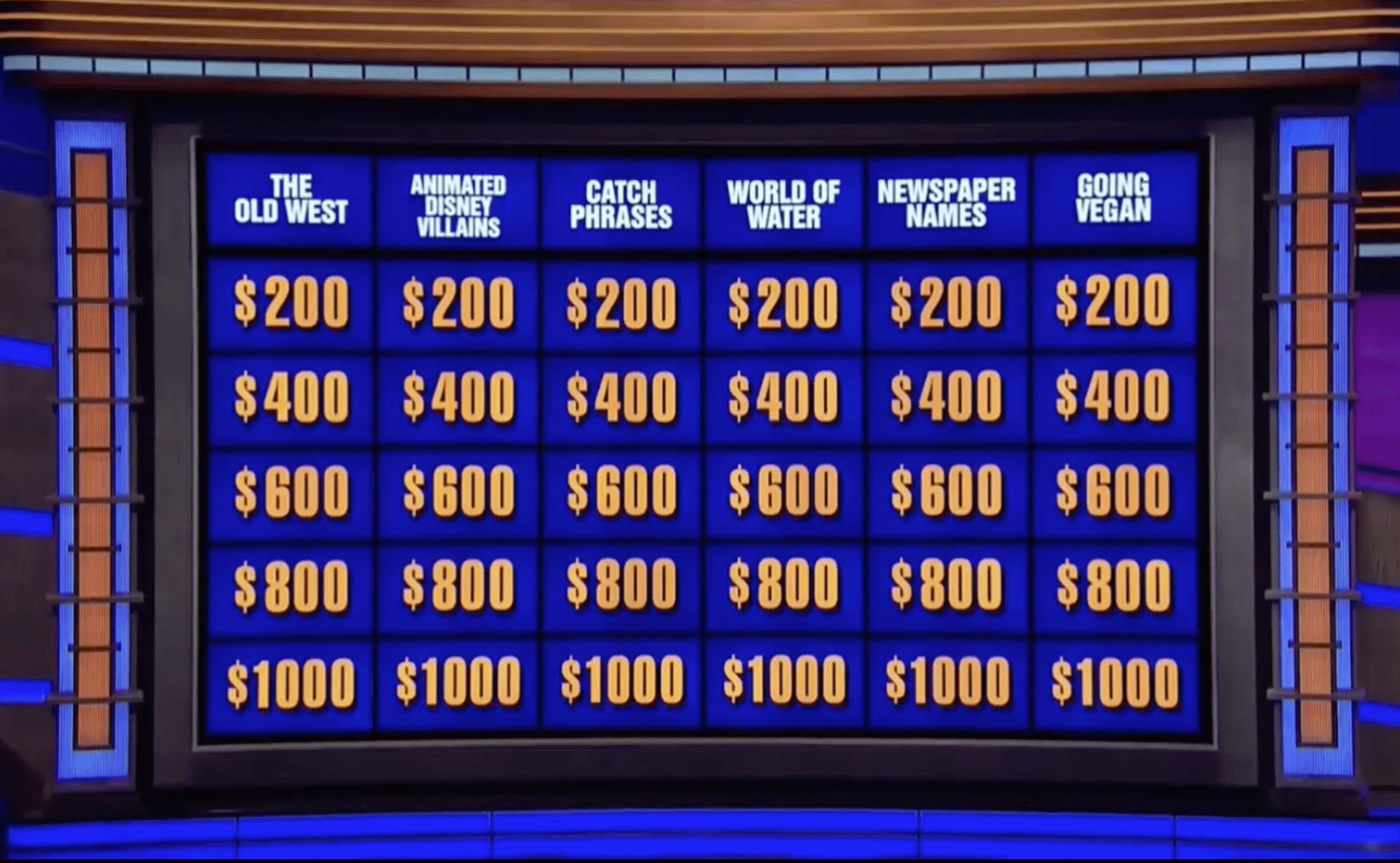 “Many vegetarians eat these; vegans don’t so they make swaps like 1 mashed banana for each in a cake recipe,” was the next question, to which a contestant correctly answered “eggs.”

Banana is just one way to trade out eggs in cooking; chia seeds, silken tofu, and applesauce, among other ingredients, can also be used. And as the demand for cruelty-free foods increases, many brands are launching vegan eggs, like Follow Your Heart, its product comes in a cardboard egg box like traditional chicken eggs, and JUST, the brand’s vegan scrambled egg mix was crowned the smartest sustainable product of 2018.

Another vegan-orientated “Jeopardy!” question involved the vitamin B12. The question suggested that those following a plant-based diet cannot obtain sufficient amounts of the vitamin so “[vegans] need supplements, injected or otherwise.”

Contrary to popular belief, anyone that does not eat a balanced diet is at risk of a B12 deficiency – not just vegans. You can get enough of the vitamin through products that are fortified with it, like cereals, nutritional yeast, and plant milk, as well as produce sources like mushrooms.

The highest-earning question, for $1000, regarded palm oil, which is “the world’s most used vegetable oil,” according to “Jeopardy!”. However, due to the heavy environmental impact associated with producing palm oil, many vegans choose to forgo it.