Gardein — which is based in Canada but sells its products in stores around the world — revealed the new product on its Instagram account. “Amp up your Sunday morning brunch with our brand new Breakfast Saus’age!,” it wrote. Adding that “breakfast time just got even better.”

The brand already offers original breakfast sausages, as well as sliced Italian sausages and a range of other vegan meats, including Meatless Meatloaf and Mini Crabless Cakes. Its most recent product launch included a Stea’k & Eggs Breakfast Bowl and Lambless Vindaloo.

Founded 25 years ago, Gardein is on a mission to help transform the global food system with its vegan products. “Global food demand will grow 50% by 2030 and there will be a significant need for more protein,” the brand states on its website. “We think Gardein is part of the solution.”

“We believe eating more plant-based foods builds good health and [is] good for our planet too. It’s part of the reason why we like to say, goodness grows,” it continues. 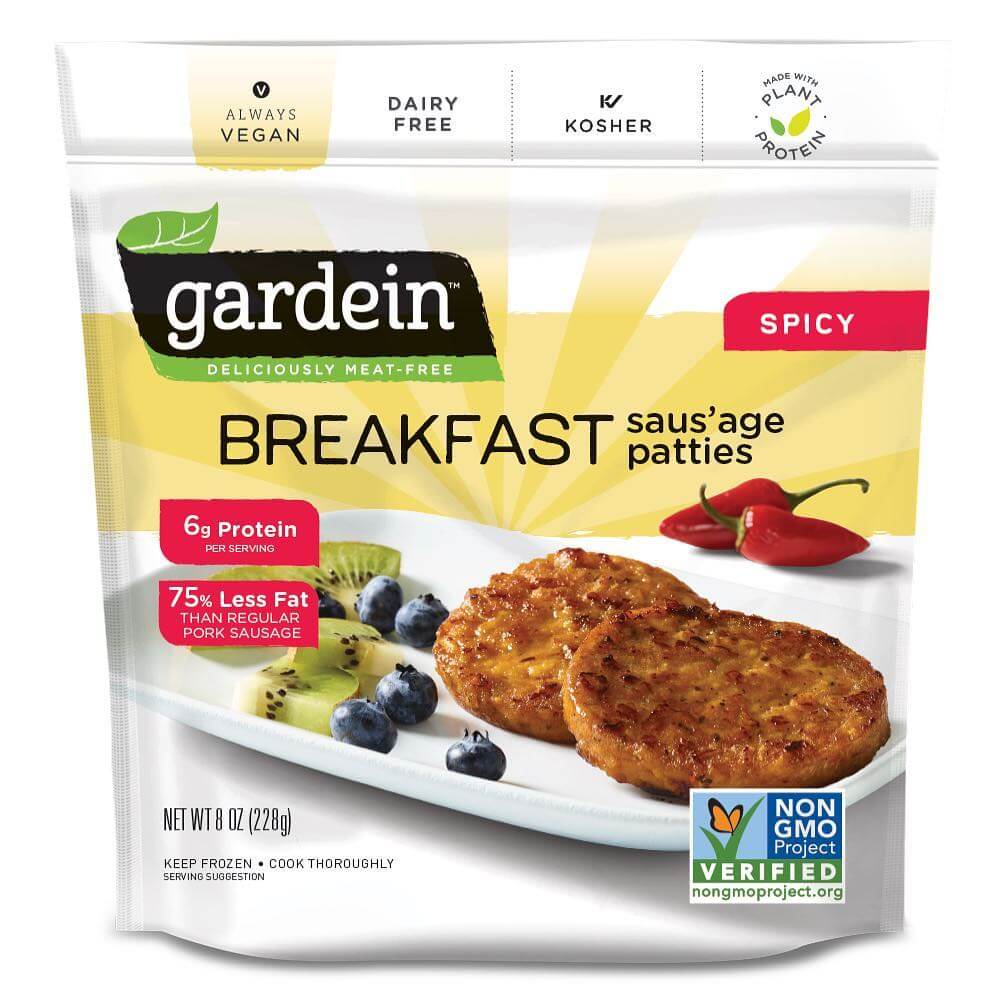 The Rise of Vegan Meat

As more and more consumers become aware of the ethical and environmental consequences of animal agriculture, as well as the strain animal products can put on our health, vegan foods are growing in popularity.

Gadein, Field Roast, Beyond Meat, Impossible Foods, and Quorn are just a handful of the vegan and veggie meat brands cashing in on demand from conscious consumers.

According to Pat Brown — the founder and CEO of Impossible Foods –the vegan meat market is set to explode; he believes it could even present entrepreneurs with a $3 trillion opportunity, which is the projected value of the animal meat industry in 10 years time.

But this method of making meat, he maintains, is outdated and inefficient compared with plant-based meat.

“If there’s one thing that we know, it’s that when an ancient unimprovable technology counters a better technology that is continuously improvable, it’s just a matter of time before the game is over,” he said earlier this year. “I think our investors see this as a $3 trillion opportunity.”