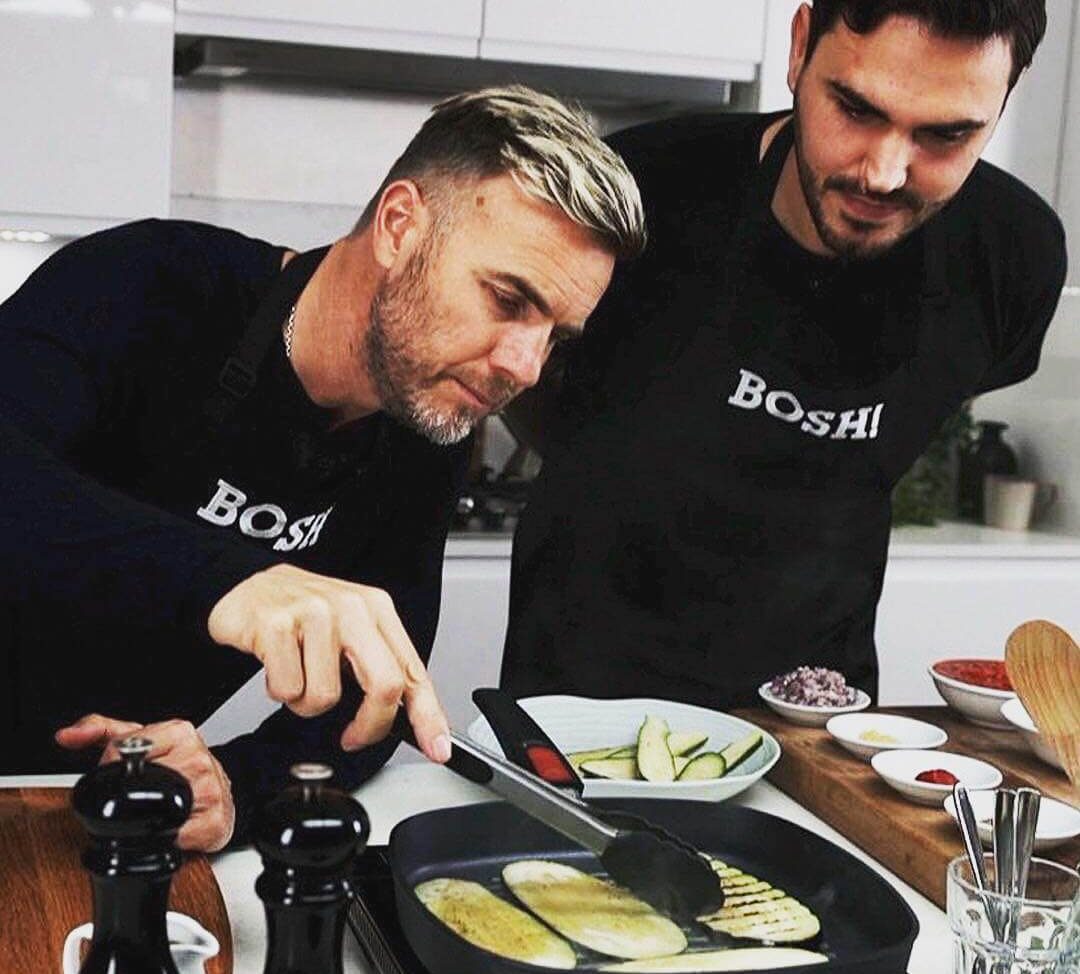 British musician and ex X-Factor judge, Gary Barlow, has teamed up with BOSH to create a vegan dinner on their YouTube channel, BOSH TV. The duo behind BOSH, Ian and Henry, who have a new vegan cookbook coming out soon, showed the star how to make a ratatouille roulade.

Gary was impressed with the final product, calling it a ‘winner’ and stating that although it involved putting in a little bit of effort, he would definitely cook the dish at home. He said, ‘I will make that, it looks delicious.’

Following the video, the star posted on Instagram, ‘one of my aims this year was to eat more plant-based food! I met up with the guys at @bosh.tv to get some recipe ideas. first up ratatouille! Head to Bosh.tv to get the full recipe #barlowsbootcamp #allplants’

Gary’s ex band mate from Take That, Robbie Williams, stated he was also attempting to adopt a more plant-based diet last year in order to return to health after an illness that stopped his tour. Like Gary, he too is a fan of yoga, he said ‘now I am vegan, I do pilates every day, I do yoga every day.’