The gender pay gap is global, it’s divisive and it’s getting a lot of news time, particularly in Australia. Recently ABC, one of Australia’s biggest national public television networks, released a satirical video of Women leaving work at 3.43pm. The time at which the average woman ‘stops’ getting paid due to the gender pay gap. The video has been met with mixed responses, most finding the short video hilarious, others not so much.

The other big story regarding the pay gap to hit headlines is the optional surcharge implemented by the recently opened vegan café, ‘Handsome Her‘. The small Melbourne business has been at the forefront of media focus, in both the national and international press, including TIME magazine. 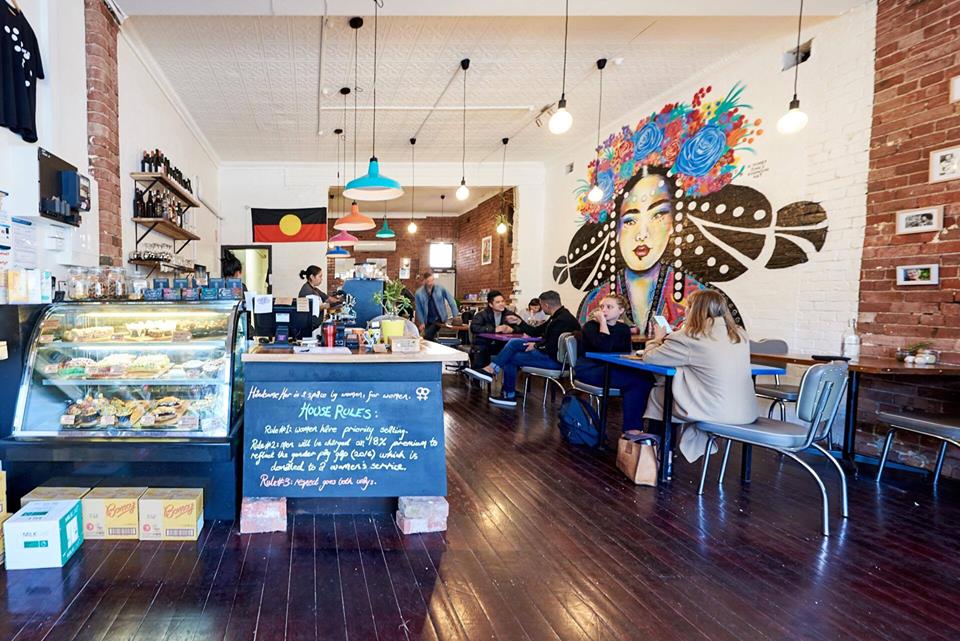 For those of you who aren’t aware Handsome Her have garnered a lot of attention due to their 18% pay gap surcharge for male customers. Now before jumping to conclusions about this initiative let’s clear a few things up.

1. The surcharge is optional.

2. The surcharge only runs for one week every month.

3. All the money raised goes to charity.

However, despite these stipulations there are still many people that continue to be outraged and disgruntled by the owners attempts to raise awareness about the issue. Luckily we were able to visit the café to discuss these matters with owner, Alex O’Brien.

One of the first criticisms filed against Handsome Her is they are forcing their feminist agenda onto the public. To be clear, the owners have never paid for advertising, in fact the now infamous pay gap chalk board (see below) was never tweeted about, photographed or posted online by anyone at Handsome Her. The attention only started when their customers began photographing and posting it themselves. Handsome Her didn’t set out to grab headlines, but Alex believes the reason it has is done is because “people know it’s true, women know it’s true and it’s sparking conversation.” 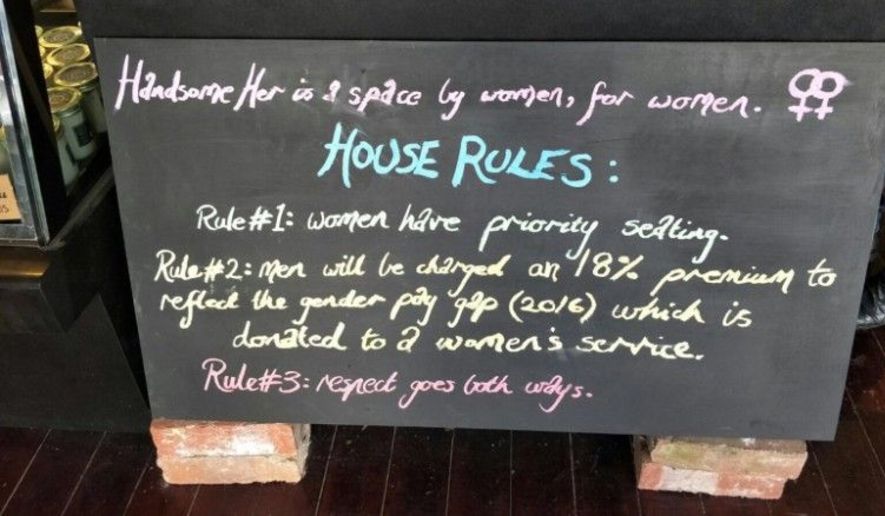 The café has a number of innovative ideas aimed at tackling other societal issues. One example is the ‘Emergency Mug Wall’, instead of using disposable paper cups, which account for 12,000 tons of waste paper each year in Australia alone, the café has decided to provide customers with take-away mugs, which they ask to be returned. They also grow some of the café’s vegetables out the back and source as much of their produce locally in order to reduce their carbon footprint.

Alex, who has managed cafés in Melbourne for over 10 years describes her vision of HH as somewhere that was “built for the community”. Many of the ideas for the café were suggested by locals, including the name which was decided in a vote from a shortlist of 30. Alex and the team are extremely keen on addressing social injustices, whether it’s gender equality, animal rights or helping to raise money for local charities. Their most recent member of staff has even promised 18% of his income to the cafe’s chosen charity, Elizabeth Morgan House Aboriginal Women’s Service and as for the food itself? Delicious. For anyone who believes vegan food to be lacking or not as tasty as meat, check out Handsome Her it really does deliver. 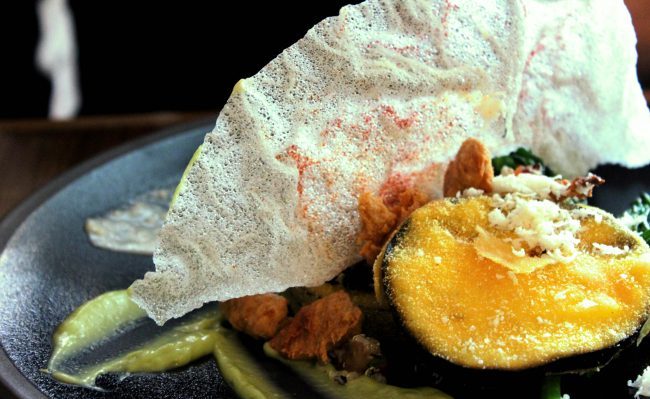 (The Yoko Ono Dish @ Handsome Her)

When first reading about HH the story does seem rather controversial. But once you begin to read the true story behind the shock headlines there really isn’t anything controversial taking place. Just one woman trying to raise awareness for a social issue that needs addressing.

And make no mistake about it, the gender pay gap is one of the biggest social injustices taking place across the western world. Perhaps it’s about time that we as a society stop shaming feminists and social activists for trying to raise awareness of these issues and instead promote not only women’s rights but also the other good work being done by these individuals.