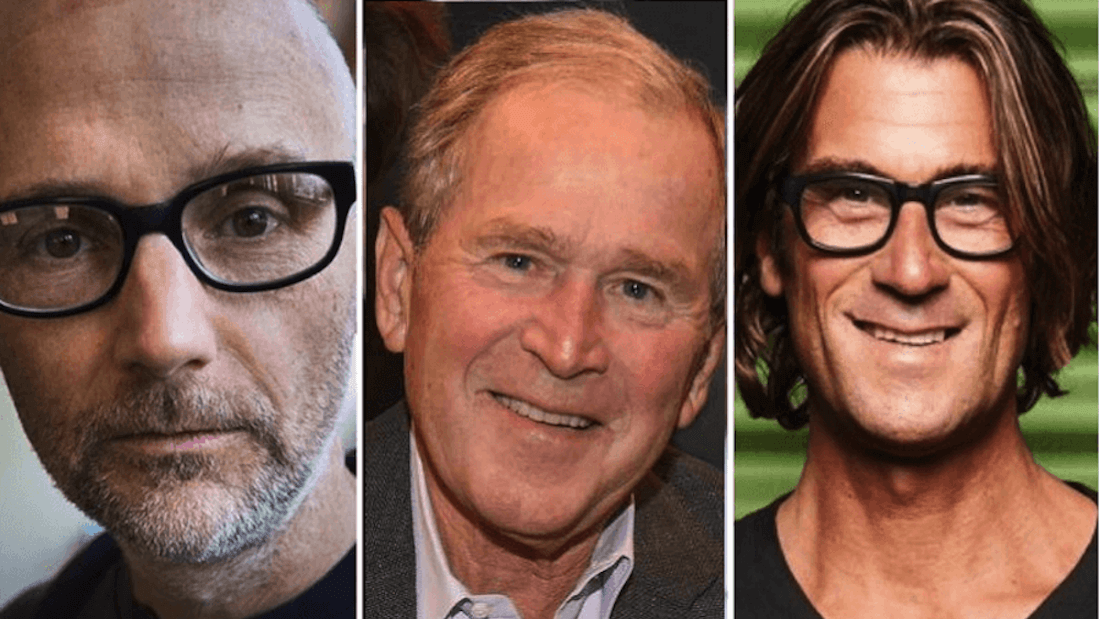 The annual Nantucket Project event is welcoming vegan visionaries this year. This weekend, 500 thought leaders from around the world will gather on the island of Nantucket, Mass., to “disconnect from the noise and connect with each other.” Among these leaders are iconic musician and animal advocate, Moby, vegan ultra-endurance athlete Rich Roll, and former President George W. Bush – all sharing the same stage.

Moby made the announcement on Instagram, posting a side-by-side photo of himself, Roll, and the former president stating, “No joke, I’ll be sharing the stage at @thenantucketproject with @richroll and @georgewbush , maybe Rich and I can convert GW to veganism?”

The topic of each speaker’s discussion has not been publicly revealed by The Nantucket Project or its participants. However, the organization posted on Facebook today about Moby’s 20-minute guided meditation to kick off the weekend.

The goal of the event is to spark conversation, which necessitates bringing people together from all walks of life, with different experiences and opinions. Among the three, President Bush may seem like the odd man out as the conservative, omnivore career politician. However, he actually has some traits in common, particularly with Roll, an accomplished athlete and Ironman. Like Roll, President Bush was an avid runner, and in July for his 72nd birthday, he participated in the Warrior 100K, a 100-kilometer mountain bike ride to honor the servicemen and women wounded in the global war on terror.

All three men have shown incredible leadership and compassion in their lives, both for fellow human beings and animals, and there is commonality in this compassion. For updates, follow The Nantucket Project on Facebook this Friday, Saturday, and Sunday from 7:30 – 8:30 am EST for a live stream featuring event guests and discussion highlights. To see if Moby and Roll really make President Bush consider veganism, follow Moby on Instagram.