Circus Roncalli, a Germany-based circus troupe, is the first in the world to replace circus animals with holograms.

The decades-old circus adopted the cruelty-free method recently, using 11 projectors, lasers, and lenses to produce the hologram elephants, horses, and monkeys under the big tent, India Times reports. The projected animals are reinvigorating consumer interest in the circus much in the same way animal-free circuses like Cirque Du Soleil have redefined the medium.

It’s a win for animal activists across the globe; circus animals are among the most abused and mistreated animals, often spending most of their days in extremely small cages before being forced to perform.

Elephants are routinely beaten with sharp bullhooks by trainers so that they will perform.

“Both ends of the bullhook inflict damage,” PETA Latino notes. “The trainer uses the hook and the point to apply varying degrees of pressure to sensitive spots on the elephant’s body. Holding the hooked end, the trainer swings the handle like a baseball bat, inflicting substantial pain when the elephant is struck on the ankle and other areas where there is little tissue between skin and bone. While in public, handlers often carry bullhooks that are much smaller than the ones used in training, but because the elephants have been so thoroughly conditioned to fear them, they’ll still obey.” 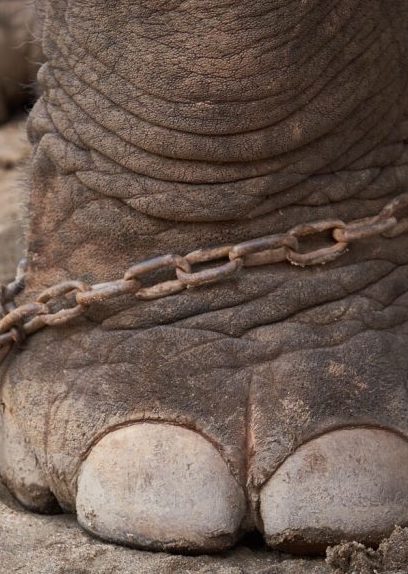 Once the leading form of entertainment across the planet, interest in circuses has dropped significantly in recent years due in large part to the mistreatment of animals. Ringling Bros. Barnum & Bailey shut its operations in 2017 after nearly 150 years as the leading traveling circus.

The Disney film “Dumbo,” released earlier this year, addressed the realities of circus life for animals, a move the cast supported.

“I look at [“Dumbo”] as a story that permitted itself to have an opinion on whether it’s right or wrong to have animals in captivity, and the opinion that it expresses I, of course, would fall on the side of,” said Colin Farrell, who plays Holt Farrier in the film.

“There’s a lot good themes in the movie, ones that were preserved from the Disney original and the ones that we’ve added,” echoes Danny DeVito, who plays the circus’s ringleader. “And I think a lot of people are going to enjoy the fact that we’ve dealt with [animal rights] the way that we have.”