German plant-based protein company, Prolupin, has received financing in order to grow its vegan milk, yogurt, and ice cream brand, Made with LUVE.

“The addition of 7life and PESCH to our team will enable us to accelerate the growth of the Made with LUVE brand,” said Malte Stampe, CEO of Prolupin, in a statement. “The TV support we are now able to deploy over the coming years will put the Made with LUVE brand center stage for consumers aiming for a healthy, sustainable lifestyle.”

Prolupin uses lupines to make its products, such as non-dairy milks, cream cheeses, ice creams, and yogurts. Lupine is a protein-rich crop, which, according to the company’s website, has “been cultivated for centuries to provide food for people and feed for livestock.” Prolupin’s ultimate goal is “to support lupines returning back to landscapes, agriculture and as a source for human nutrition. GMO-free.” 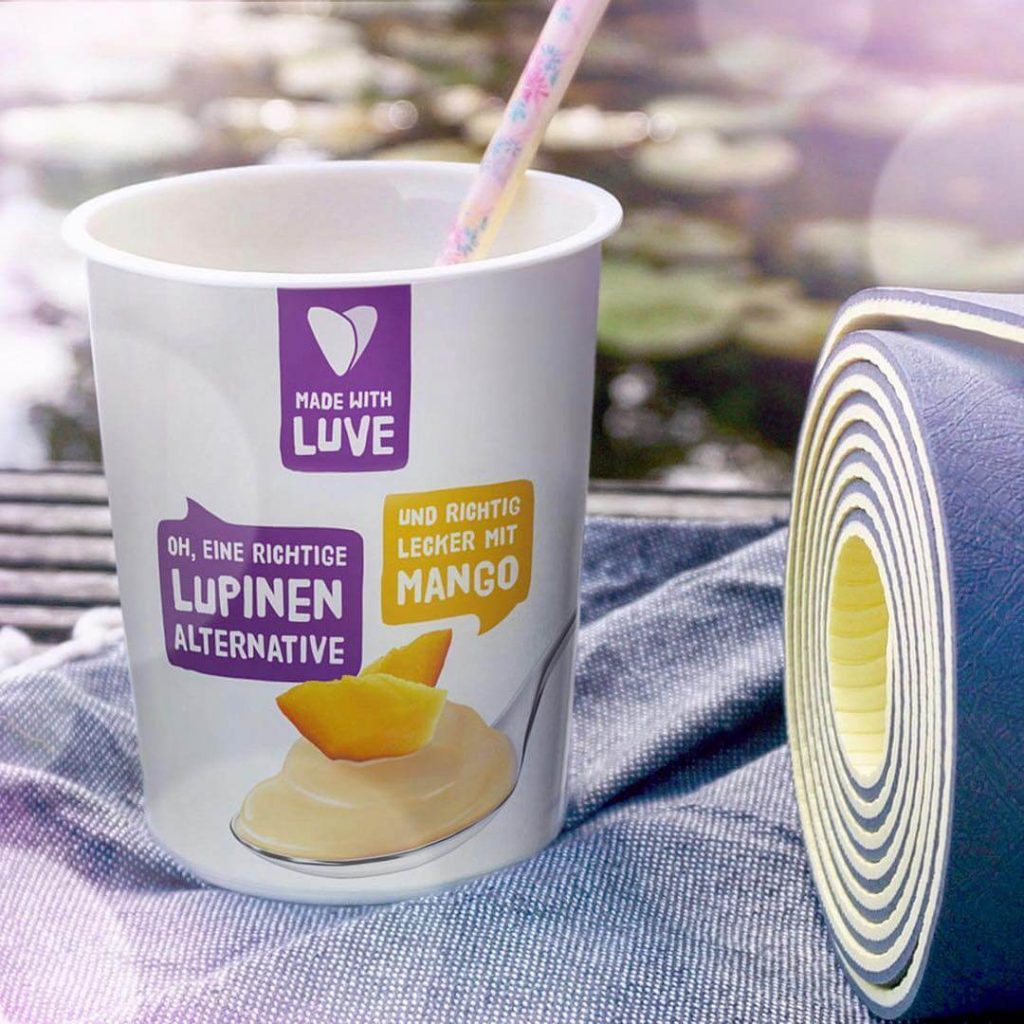 The lupine grain is separated into several fractions in order for Prolupin to obtain lupine protein isolates – which have a protein content of above ninety percent.  “Salient features of Lupine Protein Isolate are its excellent emulsifying and emulsifying stability and its neutral taste,” the company notes.

The lupine-based Made with LUVE products are currently available in select online shops and supermarkets across Germany, however, the new round of double-digit funding will allow Prolupin and Made with LUVE to expand to the mass market and achieve profitability.

“We were attracted by the potential of the Made with LUVE brand to become a leader in the field of healthy plant-based foods and believe that our media resources can help position the brand firmly in the mind of the consumers,” said Juergen Reichle, the general manager of 7Life GmbH.

The vegan market is expanding in Germany, with the Beyond Burger, a plant-based burger that bleeds, recently arriving in the country. PHW Group, a major meat company in the country, will exclusively handle the distribution of the vegan burger. “We consciously embrace this supposedly unusual partnership because we believe in growth through diversity,” said PHW Group CEO, Peter Wesjohann, in a statement.

Image Credit: Made with LUVE