The Rahden-based farm “now stands empty,” according to PETA (People for the Ethical Treatment of Animals), signaling the end of fur production in yet another EU country.

In 2017, Germany’s government passed legislation that brought a ban to fur farms across the country. PETA credits its heavy campaigning efforts, petitions, protests, and anti-fur ads for helping push the legislation through into law.

“Germany’s last fur farms will close down after a five-year transition. The new bill demands stricter regulations governing fur farming and will effectively make the raising of minks non-viable for farmers,” PETA noted. “Fur farming bans and stricter regulations that inevitably cause facilities to close are becoming increasingly widespread.”

The legislation brought Germany in step with the UK, which introduced a ban in 2000, and Austria, which went fur-free in 2004.

According to PETA, the German farmer shut down ahead of the 2022 deadline as he was struggling under government pressure and frequent, unannounced inspections. He said he also felt the weight of activist pressures — PETA has been campaigning strongly in the country for more than two decades. 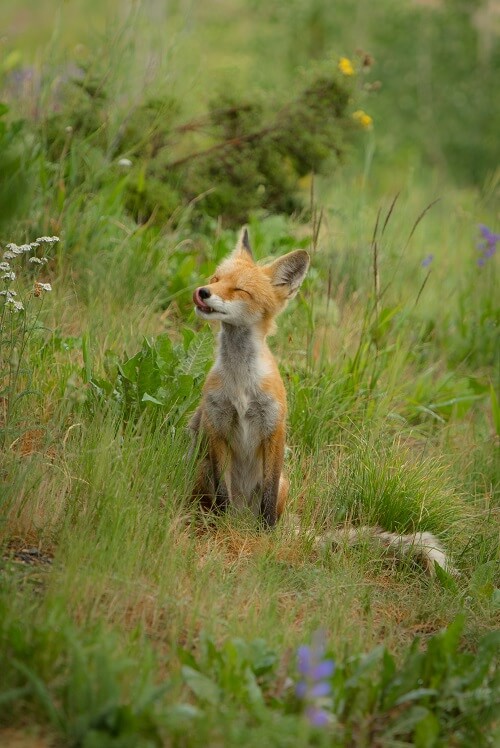 According to PETA, the largest animal rights organization in the world, eighty-five percent of the fur industry’s skins come from animals held captive on fur factory farms. “These farms often hold thousands of animals, and the kinds of abuse that the facilities engage in are remarkably similar around the globe.”

Fashion labels across the globe including Armani and Tom Ford have begun shifting to faux fur in their collections. Luxury label designers are taking a stand against the practice, too: Donatella Versace announced a shift away from fur last year, saying she doesn’t want to kill animals for fashion. Diane von Furstenberg recently pulled fur and angora from her collections, and renowned designer Jean-Paul Gautier called the industry “absolutely deplorable” last November.

“AFW is proud that in collaboration with PETA we will from now on be a fur-free platform,” Danie Bles, CEO of Amsterdam Fashion Week, said in a statement.

According to PETA “many powerful voices” including Jhené Aiko, Penélope Cruz, Taraji P. Henson, Eva Mendes, and first lady Melania Trump have all lent their voice to anti-fur campaigns, “after learning about the horrific cruelty behind every fur jacket, trim, or cuff.”

LFW’s council says it made the decision to pull fur from runway shows after a survey of designers revealed fur wasn’t a focal point for the labels.

Speaking to the Guardian, council chief executive Caroline Rush said, “[the fur-free fashion week] highlights a trend we have seen over the past few years, with more and more brands deciding to use alternative materials to fur.” 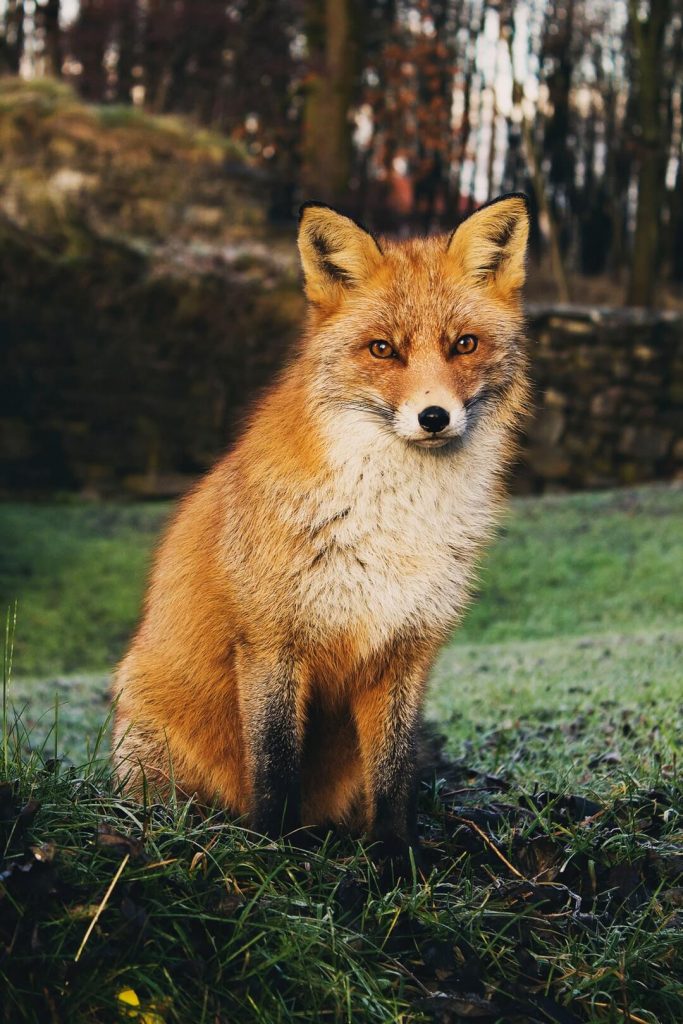 A growing number of governments are passing anti-fur legislation; in the EU, Norway and the Czech Republic both announced bans on fur farming last year.

Norway says its ban will go into effect in 2025, giving farmers until then to transition away from the practice.

“We welcome the Swedish Government’s proposal to investigate the welfare of minkers on Sweden’s fur farms, but today we see that Norway shows that a ban on fur farming is possible,” Camilla Björkbom, chairman of the Animal Society Right, said after the announcement. “This is great news, not least for all the animals that are now not born and killed for their fur in Norway, but also because it sets a good example for Sweden and the upcoming Swedish investigation.”

Norway is a historically large fur producer with more than 300 fur farms in the country. Collectively, the farmers breed and kill more than 700,000 minks and 110,000 foxes every year.

The Czech Republic’s ban was hailed as a huge success by the nation’s leading animal rights organization, ORBRAZ.

“We are so glad that this unnecessary barbarous practice has come to an end and that a large part of the public stands against it,” Pavel Buršík, an OBRAZ spokesperson, said in a statement.

“It is a huge success not only for foxes and minks but also for other caged animals. People are still indifferent to their hardship, but this change gives us hope and faith in a better future for all animals,” he said.

“We will continue to support organizations from other European countries so that they can enforce the ban as we do. However, the fur situation in Europe is constantly improving,” Buršík added. “This is illustrated by the recently adopted laws against fur farms in Norway, Luxembourg, and Belgium, which have expanded the list of countries with a ban. We believe that these steps will move closer to a pan-European ban.”

Other countries throughout the EU have also instituted anti-fur legislation: the Netherlands, Croatia, Slovenia, Bosnia and Herzegovina, Serbia and the Republic of Macedonia all have restrictions or full fur bans on the books. 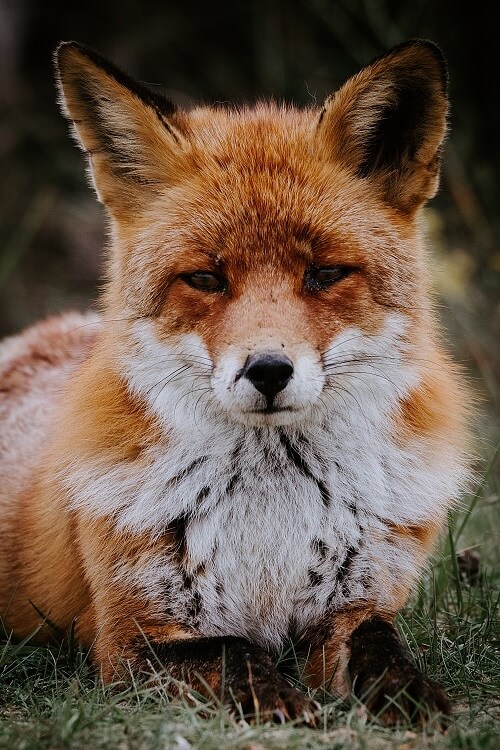 Several countries across the EU have banned fur farming

But despite the growing number of member states shifting away from fur, the EU Parliament has made no formal move to restrict fur throughout the EU. But that may soon change.

“The tide is turning against the practice of fur production within the European Union as concerns about animal welfare and the ethics of breeding animals for luxury products continue to grow,” says the Fur Free Alliance, which is actively working with European countries on fur regulations. “A number of Member States have examined the issues involved very carefully, taken extensive evidence, and have decided to act, believing that fur factory farming cannot be conducted in a humane way.”

Fur Bans in the U.S.

While Europe has had fur bans in place since 2000, the U.S. has been considerably slower in phasing out the industry.

The only cities currently to have bans in effect are in California. Not only is it the most populous state, but it’s often considered the most progressive, too, particularly when it comes to animal welfare. Last November, California voters passed the country’s most progressive animal welfare legislation for farm animals. The bill, called Prop 12, enforces bans on gestation crates for pregnant sows and bans cages for chickens. But its biggest impact may just come in its import restrictions — producers from outside of the state must also meet Prop 12 criteria in order to sell their products in-state. And because of California’s size, this may significantly sway production practices across the country — forcing widespread shifts to animal treatment.

But long before it passed progressive farm animal welfare legislation, the state was already moving toward more compassionate treatment of animals. The Los Angeles neighborhood of West Hollywood became the first city in the U.S. to ban fur back in 2011. “We’ve consistently worked to enact cutting-edge animal welfare legislation,” city spokeswoman Tamara White told ABC after the vote. “This is in line with our values.”

Berkeley, the Bay Area hotbed for progressive thought leaders and legislation (it was the first city to impose a soda tax in 2015, and it appears to be working in reducing consumption) followed suit, enacting a fur ban in 2017. It banned the sale of fur from all fur-bearing animals. The move earned the city recognition in a PETA Compassionate City Award.

Neighboring town San Francisco followed suit, enacting a fur ban in 2018. It went into effect at the beginning of this year. The vote brought a swell of controversy, with dozens of retailers pushing back, saying the ban would hurt their sales. But the legislation prevailed.

“I hope that it inspires other cities and the country to take action. Certainly we need better federal regulations on fur farming,” Katy Tang, the supervisor pushing the legislation said to the Los Angeles Times. “There’s no humane way to raise an animal to peel its skin off.”

Then, in February, the Los Angeles fur ban passed through city council in a major victory for animal rights activists. The vote made Los Angeles the largest city in the U.S. to ban the sale of fur, and its impact is having the ripple effect activists had hoped for.

Earlier this year New York City council announced that it too would take steps to ban the sale of fur.

The legislation was introduced by Assemblywoman Linda Rosenthal (D-Manhattan).

“Increasingly, consumers are looking to make ethical and sustainable purchases — fur is neither of those,” Rosenthal said. “The fur trade has at its core a violence toward animals that is antithetical with our modern views on animals as human companions and sentient beings.”

If passed, as the first cold weather northeast city to approve such a ban, it would be a major victory in the fight against fur sales in the U.S.

According to the Humane Society, 100 million animals, including mink, fox, raccoon, seal, dogs, and chinchillas across the globe are killed each year for their fur. While some are hunted, the majority are raised in factory farms before being killed.