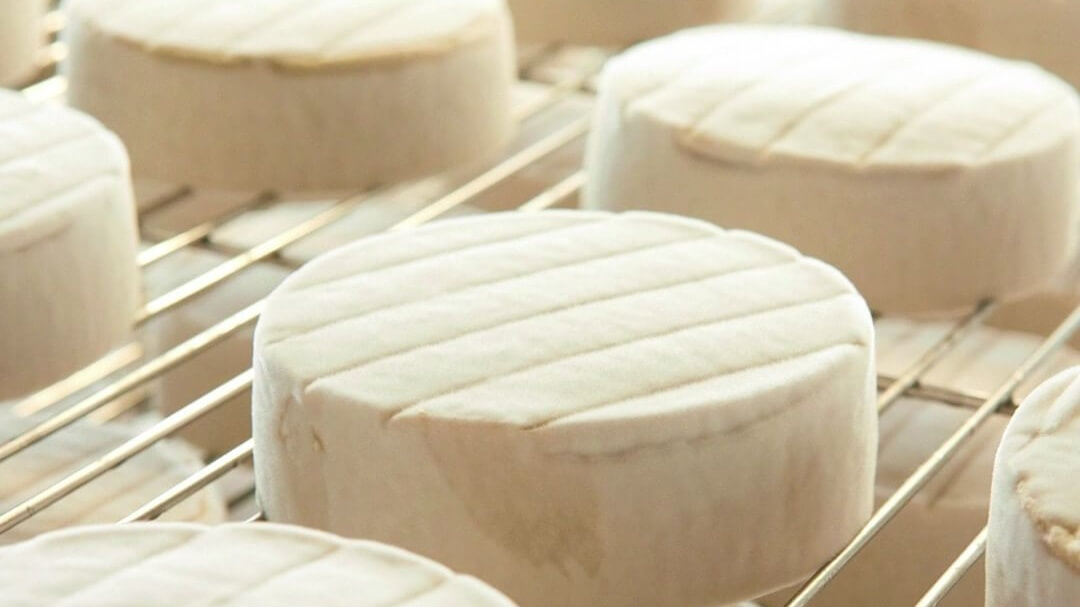 The dish was available at Vegan Fach, the largest international vegan fair in Europe, which took place last week in Cologne. At the fair, Happy Cheeze offered 16 wedges of its aged vegan cheese to event-goers.

Happy Cheeze is a start-up company from Cuxhaven, on Germany’s North Sea coast. Since 2012, the team have been pursuing their vision to make the world a “happier place,” beginning with plant-based cheeses that “simply taste better” than animal-derived options. In a small factory, the Happy Cheeze team crafts cheeses like feta, Camembert, and parmesan that replicate the taste, texture, and appearance of dairy cheese. Organic fruit and vegetables make up the recipes, with cashew nuts being the most prominent ingredient. To achieve the end result, cashew kernels are fermented and left to ripen.

Flavour enhancers, colourings, artificial flavours, and animal products have no place in the recipes, which are all naturally free from lactose, soya, and gluten. “With good ingredients that are good for nature and good for animals, the result is good for people,” Happy Cheeze maintains. The finished product, according to the company, is delicious enough to win over even the most loyal of cheese-lovers. And the company notes, “in every piece of Happy Cheeze there’s a big helping of happiness.”

Customers can enjoy artisanal flavours like plant ash, garlic, paprika, blueberry thyme, and Chakalaka. But the vegan company hasn’t stopped at cheese. It also makes a range of yoghurts, drinks, creams, and cake mixes that are free from dairy and other animal products.