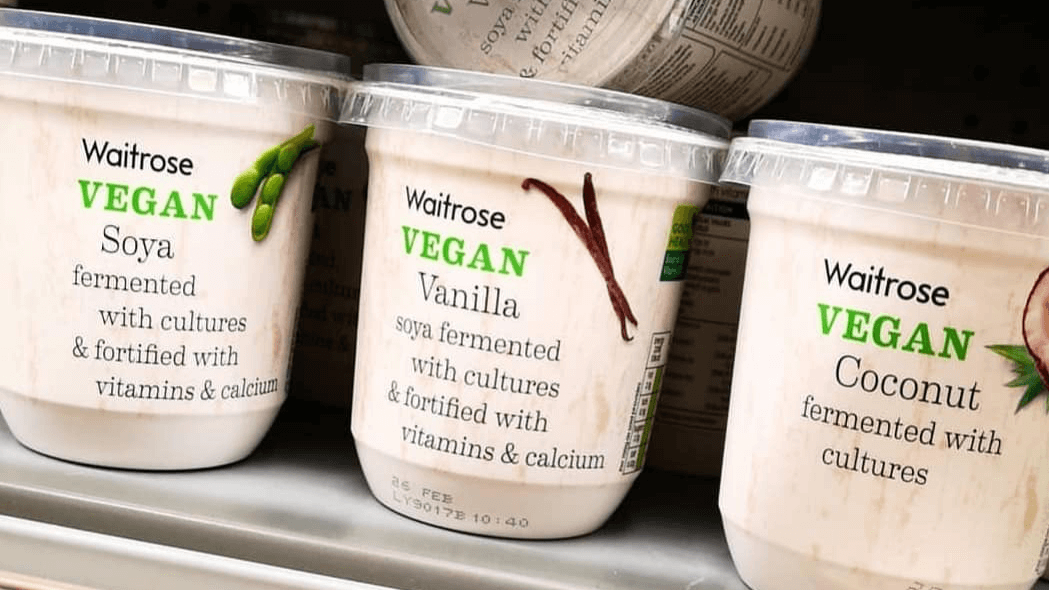 Two soya desserts, fermented with bacterial cultures and fortified with vitamins and calcium, have appeared on Waitrose shelves. The yogurts, which contain vitamins like E, B2, D, D2, and B12, are listed as low in fat, sugars, and salt

A third dessert, also fermented with yogurt cultures, is soy-free, made instead with sweetened coconut cream.

The dairy-free market is surging. Research found that in 2018, people consumed 66 million pounds more vegan yogurt than the previous year. “A rapid spike in the global vegan population has bolstered the demand for vegan yogurts across the world,” the report read.

Another report estimated that non-dairy yogurt sales will hit $7 billion by 2027 thanks to the “rising preference for vegan diet.” According to the report, the health benefits of vegan yogurt is a major driver for the shift. “Non-dairy yogurt is highly rich in vitamins, minerals, amino acids, and essential fats, thereby promotes healthy hair and skin,” it said.

While research indicates that plant-based foods can boost health, dairy consumption has been linked to conditions like asthma, arthritis, osteoporosis, acne, digestion issues, and diabetes.

Also driving people to go dairy-free are concerns surrounding animal welfare and the environment, which has led to nearly 30 percent of young Brits ditching dairy.

@thehappypear’s easy chickpea, aubergine and spinach curry is a great recipe for hosting. Make a large batch, then serve with coconut yogurt and toasted pitta breads. See the recipe in the link in our bio. #curry #vegan #Veganuary #MeatFree #DinnerForTonight #WaitroseAndPartners

Like other supermarkets in the UK – such as Tesco and Sainsbury’s – Waitrose is determined to keep up with changing consumer preference. In October, Waitrose launched a vegan and vegetarian own-brand range featuring 40 new products. The supermarket, which was the first in the UK to open a dedicated vegan section in its stores, also began selling “bleeding” quarter-pound vegan beef burgers. Plant-based low-carb falafel pizzas arrived at the chain as well as low-carb pizza bases made from cauliflower and courgette.

Chloe Graves, the vegan and vegetarian buyer for the chain, said in a statement, “With requests for more choice coming from our customers and partners, we could clearly see there was an appetite to have more vegetarian and vegan options in our shops.”