Craig Robinson has seen a ghost. But it’s not the ones he’s investigating on his new hit FOX series, Ghosted. Instead, it was a flickering of what would happen if he continued on with his unhealthy diet and lifestyle. But the Office, Hot Tub Time Machine, and Pineapple Express star says a vegan diet changed all of that.

Now fifty pounds slimmer, Robinson, 45, recently told talk show host Harry Connick Jr. that he turned a new leaf last January, giving up alcohol as well. The bloating and unhealthy animal-based foods had left him feeling sluggish and in need of a detox. 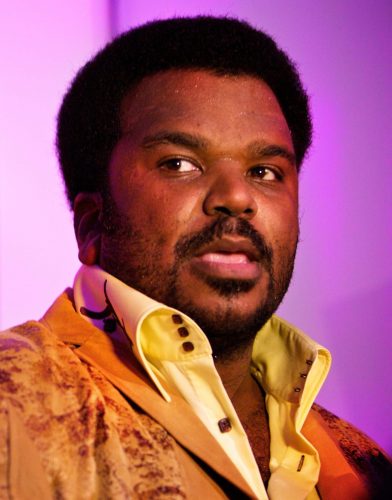 “I had heard, I don’t know how true it is, but I heard you can regenerate your liver in six months. I was like let me see if I can go six months and I just haven’t gone back and then working out and I’ve been trying this vegan lifestyle too,” he told Connick.

The Chicago native says he does miss his Midwest comfort foods, like mac and cheese, but with plenty of vegan options, he doesn’t seem too concerned.

“There are so many great vegan restaurant and dishes,” Robinson said. “It’s much easier than I thought it would be.”