In case you didn’t know, you can now buy three-pound blocks of vegan nacho cheese.

Made from coconut oil, pea protein, and jalapeños, the dairy-free cheese was sold by Chicago Vegan Foods under its Teese label around a decade ago.

Teese was popular for its long shelf life and ability to stretch and melt. The cheese was discontinued from the retail market in 2015, though the company kept selling its main product, Dandies Vegan Marshmallows.

For the last four years, though, Teese has only been available in the food service industry until its recent launch on online retailer Vegan Essentials.

Writing about the product on its website, Vegan Essentials names Teese the “original melting vegan cheese” that “makes all your favorite recipes better than ever.”

“This delicious creamy nacho style cheese has a great blend of authentic spices and melts perfectly, giving you the perfect sauce that makes amazing dips, tops off nachos or burritos flawlessly, and gives you more new ways to create all your favorite recipes vegan-style,” Vegan Essentials says, adding that Teese is free from common allergens like soy, gluten, peanuts, and tree nuts. It also contains no gluten, palm oil, or GMO ingredients. 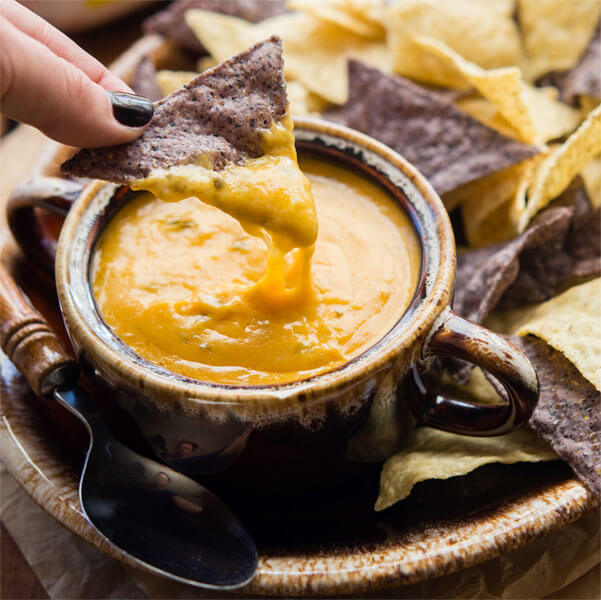 Vegan nacho cheese is having a moment of its own. In February, a dairy-free queso brand raised $90 million to expand distribution and make new products. Called Siete Family Foods, the company offers cashew-based queso dips in flavors Mild Nacho and Spicy Blanco. The same month, plant-based snack brand Hippeas launched vegan nacho cheese puffs, which are made out of chickpeas.