There’s a giant solar farm in China that looks like a panda bear.

In 2017, a solar power plant was built by China Merchants New Energy Group (CMNE) in Datong, China. The company, which is one of the country’s biggest clean energy operators, “decided to have a little fun with its design,” Business Insider reports.

Stepping away from traditional solar farm designs, which see solar panels being arranged in rows and columns to make a grid, CMNE constructed a 248-acre solar farm in the shape of a giant panda. Panda Green Energy, which developed the farm, used both darker mono-crystalline silicon and lighter thin-film cells to create the visual effect of dark and light solar panels, bringing texture to the giant panda image.

The creation is known as the Panda Power Plant and according to CMNE, it will produce 3.2 billion kilowatt-hours of solar energy in 25 years. This will negate the need for millions of tons of coal, helping to reduce carbon emissions by 2.74 million tons in the world’s most populous country.

The farm is the first of 100 animal-inspired solar plants that will be built across China and other parts of Asia in an effort to raise awareness about clean energy. The idea was thought up by Ada Li Yan-tung, who presented it at a Paris sustainability forum co-hosted by the UN in 2015 when she was fifteen years old. She believed the project would grab the attention of young people and inspire them to get involved in climate change matters. 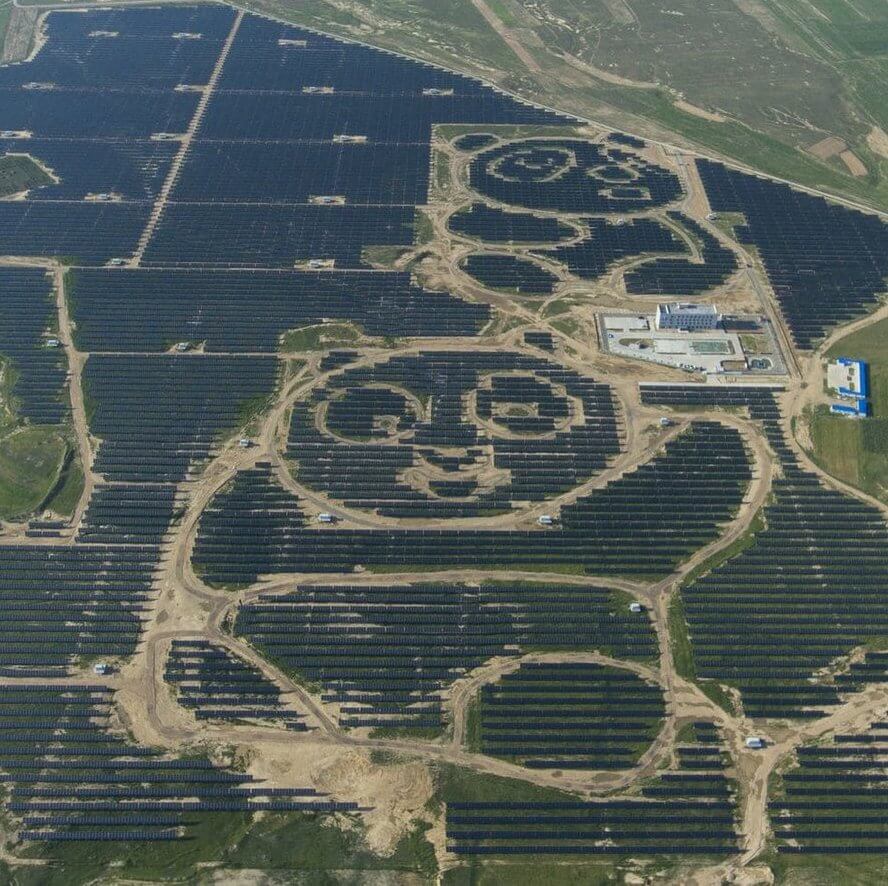 “I love pandas so much, so I was thinking, why not have pandas, because it is a symbol of both China and peace,” she said in 2017 to the South China Morning Post. “Putting that with the solar panels might transform the mundane shape of the bulky panels into a more fun figure, so it will attract more teenagers and global attention.”

The idea could be taken abroad and adjusted to suit the country, Yan-tung said, using the example of a koala-shaped solar farm in Australia. Fiji’s prime minister Josaia Voreqe Bainimarama said he is open to the idea in his own country.

Yan-tung added, “Climate change is an urgent thing that we have to solve… We don’t have a second chance. We have only one earth.”