Best-selling Cornish pasty brand Ginsters has teamed up with Quorn to launch a vegan sausage roll.

According to Ginsters, the new meat-free savory pastry features a bespoke vegan sausage “peppered with herbs and spices” wrapped in dairy-free puff pastry.

Ginsters marketing director Kieran Hemsworth told The Grocer that the vegan sausage roll is a bid to appeal to flexitarian consumers. “[Fifty-five percent] of all consumers are reducing their meat intake, yet choice for vegan rolls is very limited,” he said.

He added that the pastry has “been developed to close the disparity between consumer demand and market choice.” 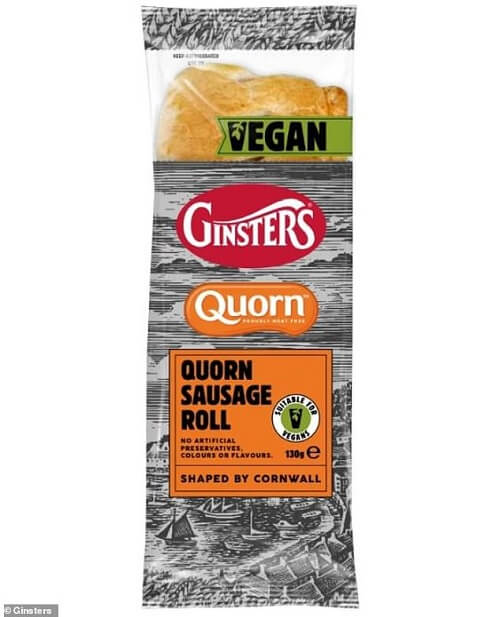 Ginsters and Quorn are launching a vegan sausage roll. | Ginsters

Quorn’s director of business development Andy Smith said that working with Ginsters is “a natural–and exciting–progression.”

This isn’t the first time the two brands have collaborated. Last September, Ginsters and Quorn launched a pasty filled with marinated Quorn pieces and vegetables.

“We’re really excited to be able to update our recipe into a vegan-friendly edition, whilst maintaining that incredible flavor. Within our range of products, we aim to provide options to suit everyone’s taste preferences,” Hemsworth said at the time.

In January 2019, bakery chain Greggs made headlines when it launched a vegan version of its popular sausage rolls.

Like Ginsters’ upcoming pastry, it features a Quorn sausage. CEO Roger Whiteside said the new option helped increase sales by 13.5 percent, adding to what was an “exceptional year.” When it first launched, multiple stores reported having trouble keeping up with customer demand.

Earlier this year, Greggs introduced yet another savory vegan option: a steak bake featuring Quorn meat, diced onions, and gravy. Like the sausage roll, the positive response to the steak bake has been “bigger than anticipated,” a Greggs spokesperson told The Grocer.

The Ginsters Vegan Quorn Sausage Roll will be available in the chilled aisle of major supermarkets starting April 15.