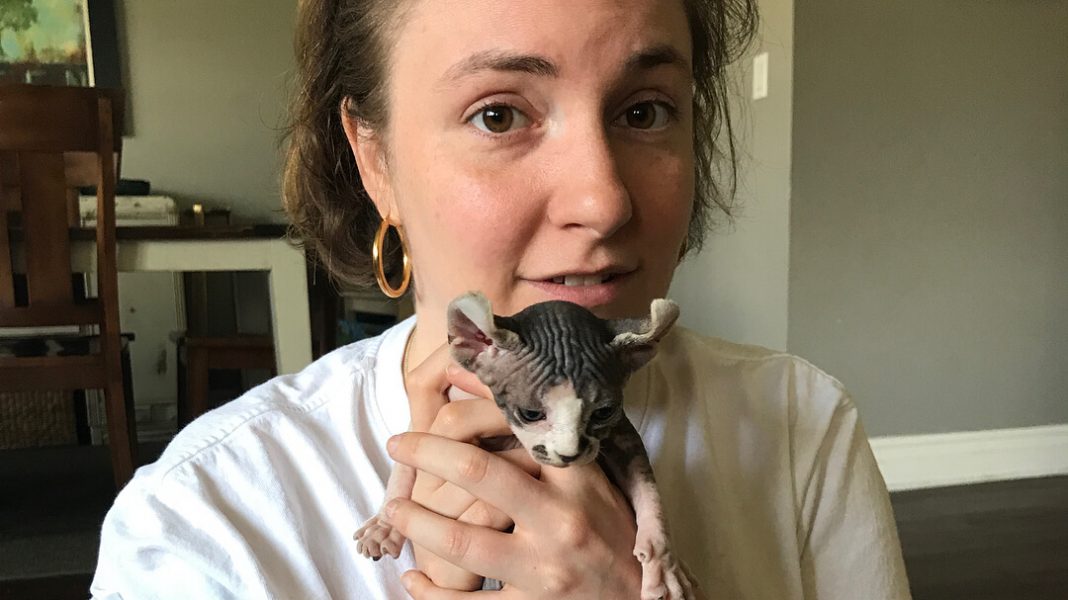 American actor, writer, director, and producer Lena Dunham has revealed that she has a penchant for adopting elderly pets.

The “Girls” star and creator faced some controversy last year over her pets, sparked when Dunham gave custody of her dog, Lamby, to a professional facility in Los Angeles. Via Instagram, she explained, “after four years of challenging behavior and aggression that could not be treated with training or medication or consistent loving dog ownership, Lamby went to live at an amazing professional facility… I will miss him forever.”

Lamby was not the only companion animal that the award-winning creator has said “goodbye” to recently. Speaking to The Cut, Dunham explained that her adopted Sphynx cat, Gia Marie, suffered lung damage while her 13-year-old Yorkshire terrier, Bowie, died of old age. On social media, Dunham expressed, “I am so lucky to have been her second mom,” promising to donate to See Spot Rescued, a foster-based rescue service in New Jersey in Bowie’s honor.

As The Cut put it, “when you are a nice person who adopts end-of-life pets, sometimes they die.” The star even has an Instagram dedicated to her pets.

Our mother is SO lazy. She’s a big big lazy loser. But she feeds us and therefore we can run our liberal think tank. All best! Karen, Susan, Candy & Irma

“You can say a lot of sh*t about me, but I am a very committed pet owner. Ask anybody who works with me on a pet level,” Dunham asserted, referring to an employee from the shelter where she adopted Lamby. The shelter worker had challenged the actor when she gave up her companion, claiming that the dog was well-behaved before coming into her care.

Last year, singer Mariah Carey received PETA’s Angel for Animals award in recognition of her efforts to promote animal adoption. Carey was involved in an animated film “All I Want for Christmas Is You,” which spotlighted the “responsibility and the commitment required to care for an animal companion.”

Ahead of this holiday season, “Big Bang Theory” star Kaley Cuoco also urged Americans to keep turkeys off their plates and adopt them instead.