Glastonbury Festival just kicked off and this year, the vegan food options are stealing the show — vegan KFC chicken is available at the festival.

Club Mexicana, London’s first all-vegan Mexican street food, has two stands at Glastonbury this year. One is dishing up its “greatest hits,” like plant-based tacos and burritos, and the other is a “total mic drop,” serving vegan junk food including chicken, the company wrote on Instagram.

“It’s the Glastonbury fuel we all deserve: VEGAN FRIED CHICK’N from Club Mexicana,” it said online alongside an image of its “VFC” stall, complete with a Colonel Sanders-inspired logo.

While exact details of what’s on the Glastonbury menu are being kept under wraps, Club Mexicana makes everything from chicken and waffles to Club Mex Cheezeburgers and Beer Battered Tofish burgers, all of which are available at The Spread Eagle, London’s first 100 percent vegan pub. 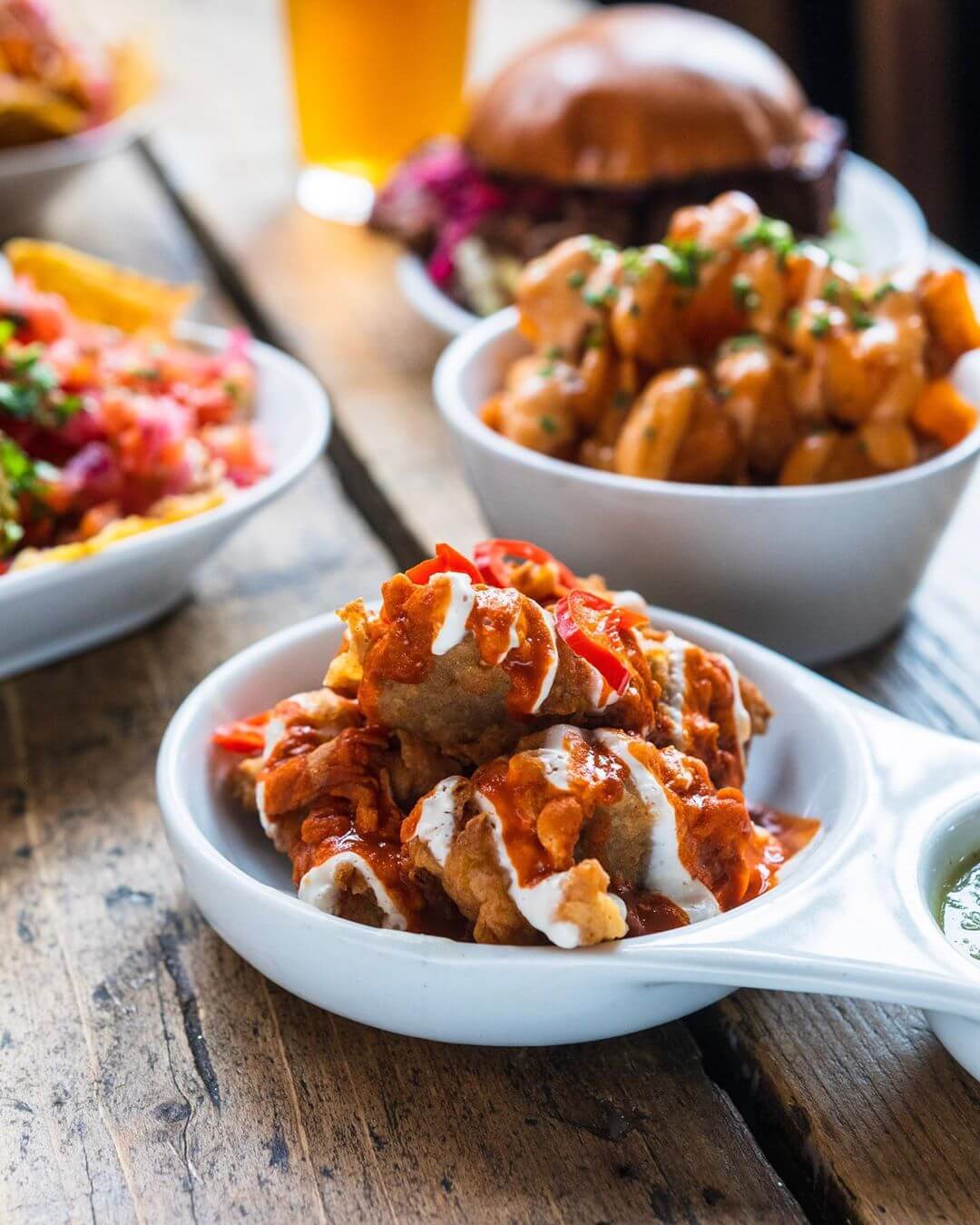 This year’s event marks Glastonbury’s “biggest ever range of vegan cuisine,” according to the festival’s Instagram.

The all-vegan Greenpeace Café serves affordable, hearty food like sweet potato curry and spiced ginger cake. It also opts for produce from green suppliers with a low carbon footprint and uses no plastic.

The Greenpeace Café isn’t alone in its efforts to be more environmentally friendly; the Glastonbury Festival itself has made steps in the right direction by featuring an arena made from reclaimed plastic at the event. The Shangri-La Stage is made from plastic waste found in streets, parks, and on shorelines throughout Devon, Cornwall, and Somerset in England. Ten tonnes of plastic was used to build the 360-degree arena.

Even vegan musicians are taking over Glastonbury stages this year. Vegan singer-songwriter Gabrielle Aplin will perform on Friday, members of the Wu-Tang Clan are up on Saturday, and on Sunday, Miley Cyrus and Billie Eilish will take the stage.