Updated April 17, 2019. A new study posits that the majority of consumers are adopting flexitarian eating habits.

The study, conducted by DuPont Nutrition & Health and HealthFocus International, surveyed the eating habits of more than 1,000 U.S. consumers. Researchers found that 52 percent of shoppers in America are eating more plant-based food. The number increases to 65 percent globally. The rising trend of eating fewer animal products has been dubbed “flexitarianism.”

“There is a bright immediate future for this megatrend,” said Greg Paul, marketing leader for the beverage industry at DuPont Nutrition & Health. “There is a seismic shift occurring in eating habits globally, creating a significant market opportunity. Most important, our research reveals that for most consumers, this has moved beyond experimentation into a permanent change brought on by health, lifestyle and social factors.” 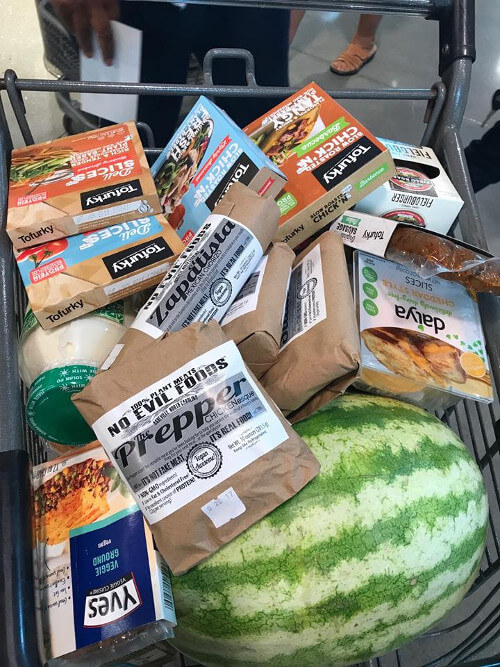 Not only did the consumers surveyed respond that they are eating more plant-based food, but also nearly 60 percent also said that the change to their habits is permanent, or that they hope to keep it permanent. The study divided respondents into six consumer groups -Health Helpers, Weight Strugglers, Health Wise, Taste Driven, Good Life, and Just Food – all of whom responded that eating a flexitarian diet makes them feel healthier.

Flavor was identified as the biggest hurdle preventing individuals from eating more vegan food but many are embracing the change. A study conducted by global marketing research firm Mintel last February revealed that 52 percent of Americans prefer the taste of plant-based protein.

Vegan Food Sales on the Rise

Though small, the study adds to the growing body of research that indicates how consumer eating habits in the U.S. and in other countries are evolving. Experts predict that the global vegan meat market will be worth $6.5 billion by 2026. Research released by Mintel last July revealed that a growing number of consumers in Germany, Poland, Italy, and France are consciously cutting out meat for health reasons.

“People are motivated to alter their diets to include more plant-based foods because they believe it will enhance their overall wellness, provide specific health benefits and help the environment,” Mark Cornthwaite, Marketing Manager, DuPont Nutrition & Health, said in a statement. The new report notes that health was the main motivator for eating meat alternatives in 2018. Ninety-six percent of respondents said it was either “important or very important,” and, according to the report, overall health was followed by “heart health (63 percent), illness prevention (60 percent), and a longer lifespan (59 percent).”