The global vegan and vegetarian meat market is estimated to hit $6.43 billion by 2023, according to a new report from Research and Markets.

Beyond Meat, Amy’s Kitchen, and Quorn Foods are listed as some of the key players in the market, with demand for tofu, seitan, and tempeh-based products also on the rise. The latter, tempeh, is predicted to be the fastest-growing segment. “Tempeh offers health benefits such as high antibody count, reduction in sugar levels in the body, muscle building, reduced risk of diabetes, and lower cholesterol levels in the body,” the report notes.

Supermarkets, such as UK giant Tesco, are also named as driving the market value up – the vegan and vegetarian meat selection available in the supermarket is constantly expanding to keep up with demand from consumers. Earlier this month, the chain added Swedish vegan meat brand Oumph! to its shelves. “Tesco is the perfect partner for us, not only because of their size but also because they are the forefront of British grocery chains for good and durable products,” stated the co-founder of Oumph!’s parent company, Food for Progress, Anders Wallerman. 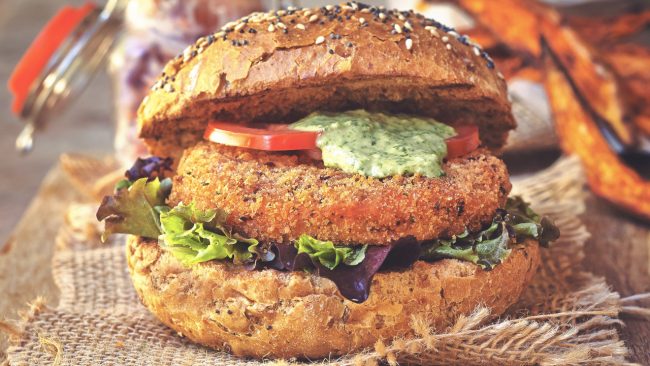 Global consumer demand for vegan meat is driven by a growing awareness about the impact animal products can have on human health, the report states. For example, processed and red animal meat consumption has been linked to rectal cancer, breast cancer, and heart disease in recent months.

Whilst demand is increasing around the world, it is the Asia Pacific region that the report anticipates as the fastest growing market for vegan meat before 2023. “Industrial growth and improvements in the food industry have opened new opportunities for the meat substitutes market in this region,” the report states. Adding that tofu is already a popular ingredient in Asian countries such as China. However, the demand for western style vegan meats is rising in the region. Quorn launched in Singapore at the end of 2017, and Beyond Meat’s Beyond Burger has been a great success in Hong Kong.