A recent report by Future Market Insights reveals the global market for plant-based ice cream is set to reach $1 billion by the end of the year. These sales are estimated to amount to 194.5 thousand tonnes of vegan ice cream.

The North American market for plant based ice cream is set to reach $1 billion by 2027. However, the newly released report states that within the next decade, the global market will be worth more than double this with an estimated a value of $2.45 billion.

The market report describes an “increasing inclination” toward dairy-free products. Consequently, a growing number of consumers are now opting for plant-based ice cream. The report suggests this is due to the higher protein content of the plant-based dessert. The increase in the number of lactose intolerant consumers was also expected to play a role.

Following the rising demand, manufacturers of plant based ice cream are working toward developing a wider variety of flavours. It is predicted that the flavours produced will centre around fruits, beans and nuts. 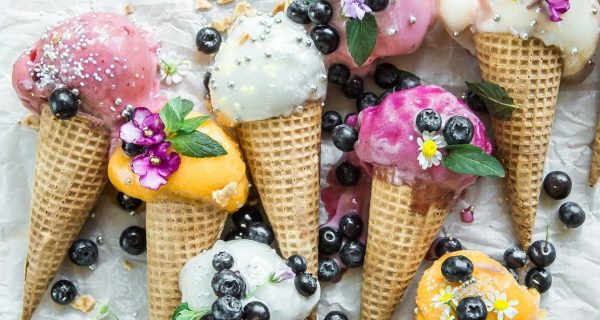 Major brands are paying attention to the shift toward veganism. This year, Ben and Jerry’s, Halo and Aldi both released vegan ice cream alternatives. They join a multitude of other brands offering ice cream that is dairy free.