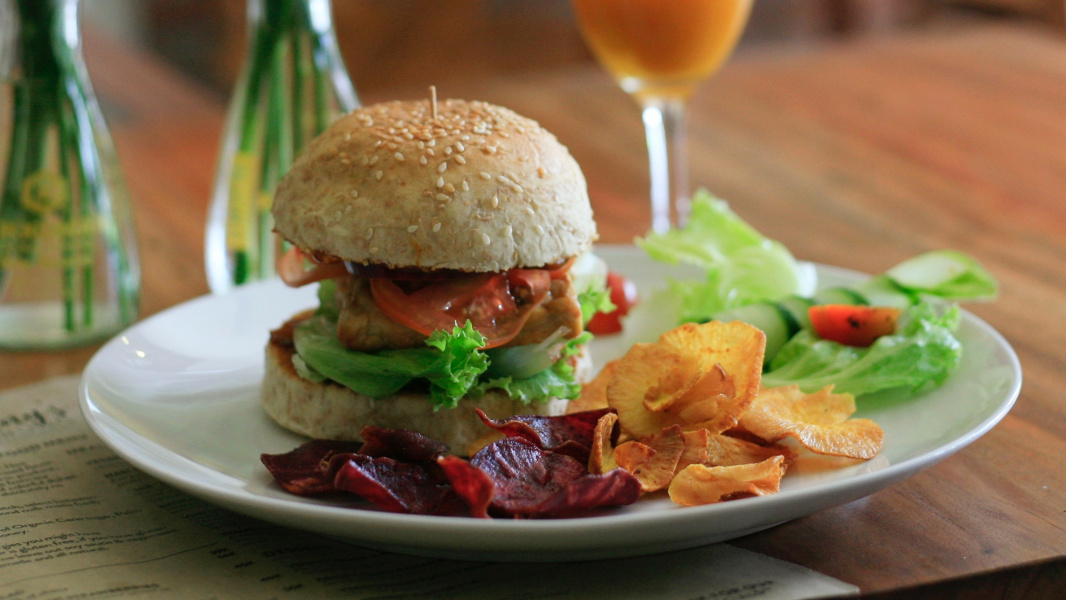 Artisan Bread Organic, which sells throughout the UK and online, has launched its first range of meat-free burgers to meet customer demand for cruelty-free options.

The bakery, which claims to be the UK’s first organic, gluten-free, dairy-free and gum-free bakery, has developed two styles of meat-free burgers.

They are made using certified organic and gluten-free ingredients only, including dillisk (commonly known as vegan ‘bacon’) and pea protein.

The new “mushroom-style” burgers are made with mushroom, turmeric, and quinoa, and while they can be eaten grilled or friend, are also suitable to be eaten cold.

Also available is the new “Burger in Bun,” which is baked into a sourdough roll and is said to be perfect for summer barbecues, parties, and festivals.

The owner of Artisan Bread Organic, Ingrid Eissfeldt, as reported by Food Manufacture, explained the reason for creating the new burgers. She said, “In a recent survey our customers asked us to create a meat replacement, so that’s exactly what we’ve done – as always without gums or additives and using the finest, organic ingredients.”

She added, “Summer is upon us and we can’t wait for the public to enjoy our new meat-free products! They look good – they taste good – you may even convince a meat-eater to try them.”

Artisan Bread Organic also already offers a range of vegan patisseries, including tigernut cookies with carob chips, and vegan ‘miracle cake’. And the bakery also has its own “Healthy (Vegan) Pantry,” selling everything from seaweed to coffee to spreads.

Artisan Bread Organic is not the only company to develop meat-free burgers in response to consumer demand.

Vegetarian-meat brand Quorn has invested £7 million into developing ‘bleeding’ vegan burgers in an attempt to capitalise on the growing demand for plant-based burgers.

The demand for these burgers is shown not only by consumer requests for more ethical options, but by the success of the products already on the shelves. For instance, A&W restaurants in Canada sold out of the vegan Beyond Burgers on the first day of launch.