During Lent, giving up meat on Fridays is a regular practice for devout Christians. But why is that?

According to the United States Conference of Catholic Bishops (USCCB), Fridays during Lent are for “special penitential observance” where practitioners “gladly suffer” with Jesus Christ in hopes that they may “one day be glorified with Him.” Cutting out meat during the Lenten season is part of that tradition.

Why Give Up Meat for Lent?

For a number of families, meat is always off the table during this time of year. But fish and puzzlingly, chicken—although the Catholic Church considers this to be “meat”—are both permitted.

Technically, only the “meat” itself is prohibited on Fridays during Lent, but many modern theologists suggest abstaining from all animal products. According to the USCCB, “no Catholic Christian will lightly hold himself excused from this penitential practice.”

Giving up “indulgences” is also common throughout Lent, which ends on April 9 this year. Some people might give up smoking or drinking while others may abstain from buying new things. Many may give up meat right up until Easter.

Dave Bookless—an expert in biodiversity conservation and the director of theology for A Rocha International—explained in an interview with Christianity Today that abstaining from animal products is part of religious tradition.

Evangelicals and Orthodox Christians regularly fast on Wednesdays and Fridays during Lent as well as other times during the year. Some Protestants also abstain from meat during the week.

“Lent is traditionally a time of abstinence,” said Bookless. “In quite a lot of Christian cultures, if you look back through Christian history, people were vegetarian during Lent. That was quite a common thing in many parts of the world. And it’s still a common thing in some Christian traditions.”

Why fast? “In Scripture, fasting is a means of repentance and of crying out for God’s attention and help,” Christianity Today notes. Daniel (Dan. 10:3) abstained from meat and dairy. John the Baptist (Matt. 3:1–4) also eschewed animal products, except for locusts and honey. 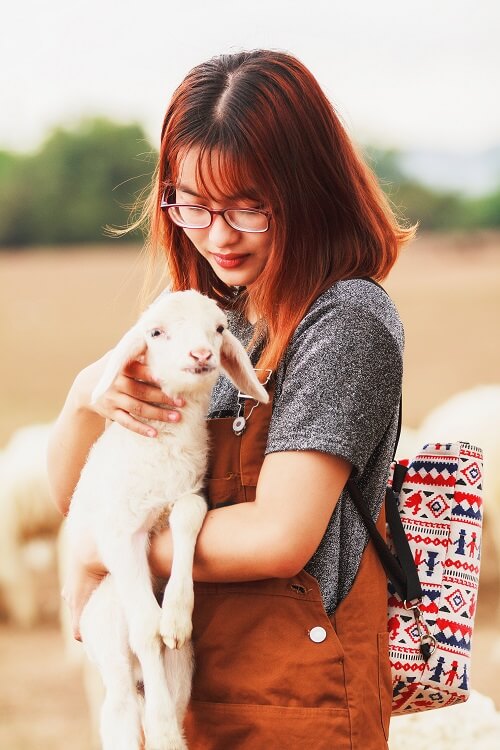 Should Christians go vegan for Lent?

Bookless believes that the Bible makes a good argument for veganism. “It’s very clear that the Bible tells us to have compassion toward animals. In Psalm 145 verse 9, it says that the Lord had compassion on all that he has made, and that has implications for how we treat animals,” he explained.

Eating meat also raises other ethical issues—factory farming is a key driver of the climate crisis, responsible for 14.5 percent of all global greenhouse gas emissions, according to the Food and Agriculture Organization of the United Nations.

Bookless also notes that high meat consumption—which emerged in post World War II society—is driven by the very un-Christian act of consumerism. “We live in a society of excess where we’re encouraged to have more food, more possessions, more stuff. Advertising feeds this insatiable hunger,” he said. Fasting can help break that as well.

“To learn to say no is spiritually very freeing,” said Bookless. “To learn restraint can help us greatly in our walk with God.” 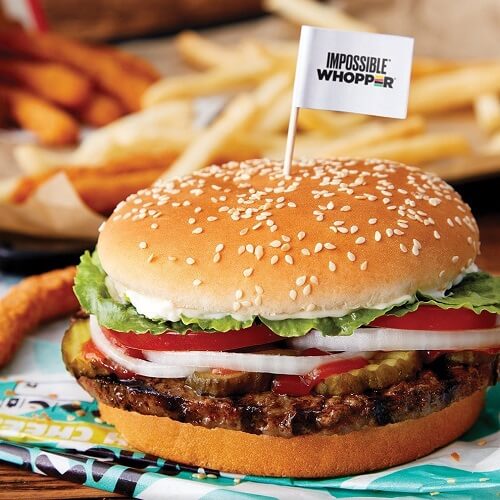 Is it okay to eat the Impossible Whopper during Lent?

Is It Okay to Eat Vegan Meat During Lent?

Sales of meatless burgers are up in some areas since Lent started. Chicago-based fast-casual chain Epic Burger, which has eight locations in the area, told the Chicago Tribune that its Beyond Burger sales increase 10 to 12 percent during Lent. The company sees the season as an opportunity to sell more vegan food.

According to Food & Wine, some have reservations about eating even vegan meat during Lent. Theologians agree that eating a Beyond Burger on the Fridays leading up to Easter obeys the letter of the law, but not the spirit.

Very Rev. Thomas Petri, a priest, moral theologian, and dean of the Dominican House of Studies in Washington, D.C. explained that “the purpose of the discipline is to offer the delicious goodness of meat up in union with the suffering of Jesus Christ. Intentions matter.”

But, some believe that eating vegan meat during Lent is fine. “A meat-tasting plant is still a plant. It still falls under abstaining from meat, even though it tastes like meat,” said Rev. James Sabak, a friar and the Director of Divine Worship for the Diocese of Raleigh. “I would say go for it. Enjoy it, there’s nothing there against the request not to have meat during Lent.”