The new footwear collection marks the first vegan shoe line for Gola, which was founded in 1905.

The cruelty-free shoes are registered with The Vegan Society’s Trademark. The Vegan Society is a registered charity and the oldest vegan society in the world. It explains on its website that registering with its trademark increases consumer confidence and sales.

Gola wrote on its website, “All trainers in this collection are made with no animal materials or components, we have even added in a ‘vegan’ badge to make this clear throughout on the site.”

“Trendsetters can rest assured that they will still find the usual high quality construction and covetable aesthetics as our other Gola trainers. From the popular Coaster to the retro inspired Mark Cox, we have a great selection of styles in this versatile range of athleisure footwear,” the footwear brand wrote. 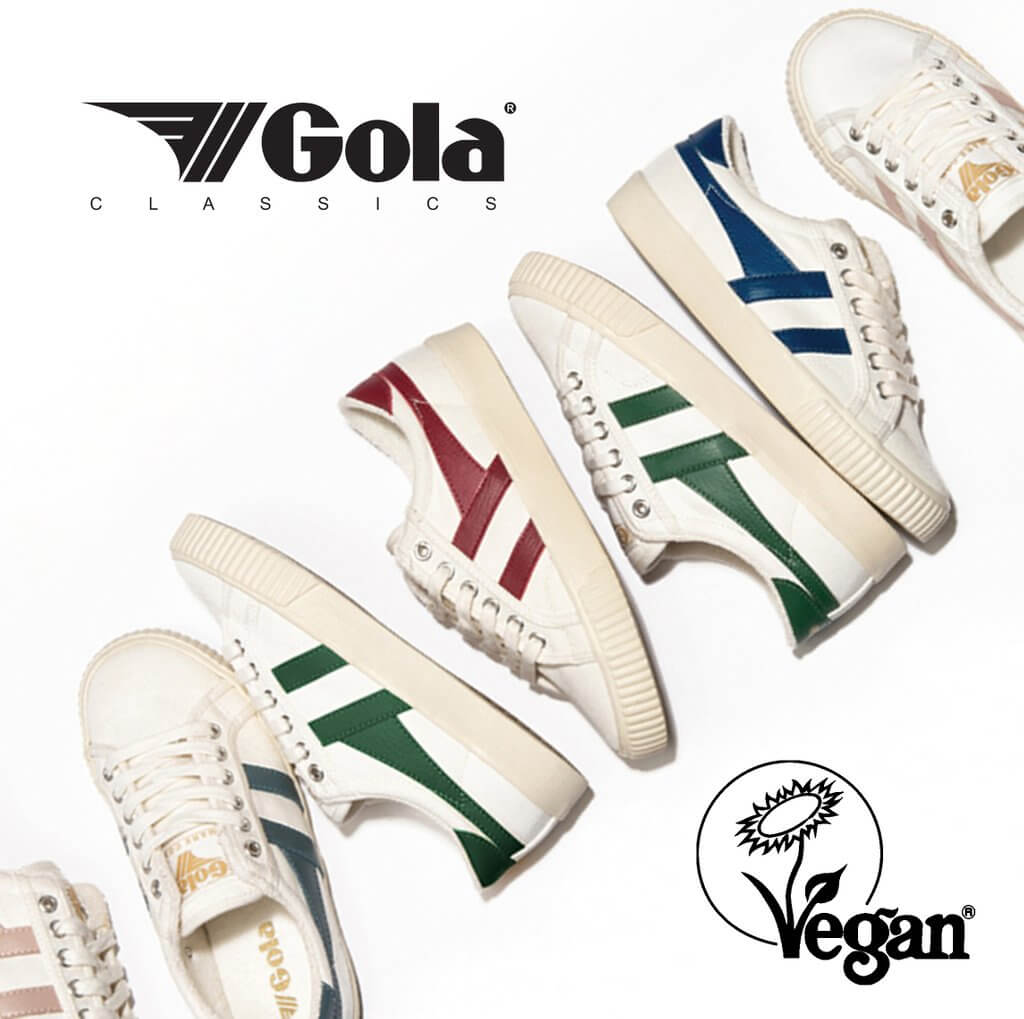 Fifty-four styles are featured in the new range, including the Coaster Rainbow, a canvas-style shoe with a rainbow trim and a retro feel; the Coaster Mirror, a modern take on the brand’s 1976 Gola Coaster which features gold metallic highlights; the Varsity, a classic lace up plimsoll; and the Coaster Velcro, a “retro plimsoll which personifies Gola’s true British heritage,” Gola wrote online.

The trainers are available in women’s, men’s, and kids’ styles and sizes.

The shoes are already proving popular. Vegan “Made In Chelsea” star Tiffany Watson shared an image on Instagram which showed her wearing Gola’s new cruelty-free shoes. “The range has gone through a unique Ve-MAP testing in order to avoid any animal derived materials,” Watson captioned the post, adding that she was “very excited” about the collection.

Vegan Shoes Stepping Into the Mainstream

Shoes made without animal products are becoming more popular and companies are keen to keep up.

UK-based high street retailer Marks & Spencer launched a range of vegan leather footwear earlier this year. The range is made up of 350 styles including trainers, heels, boots, and sandals.