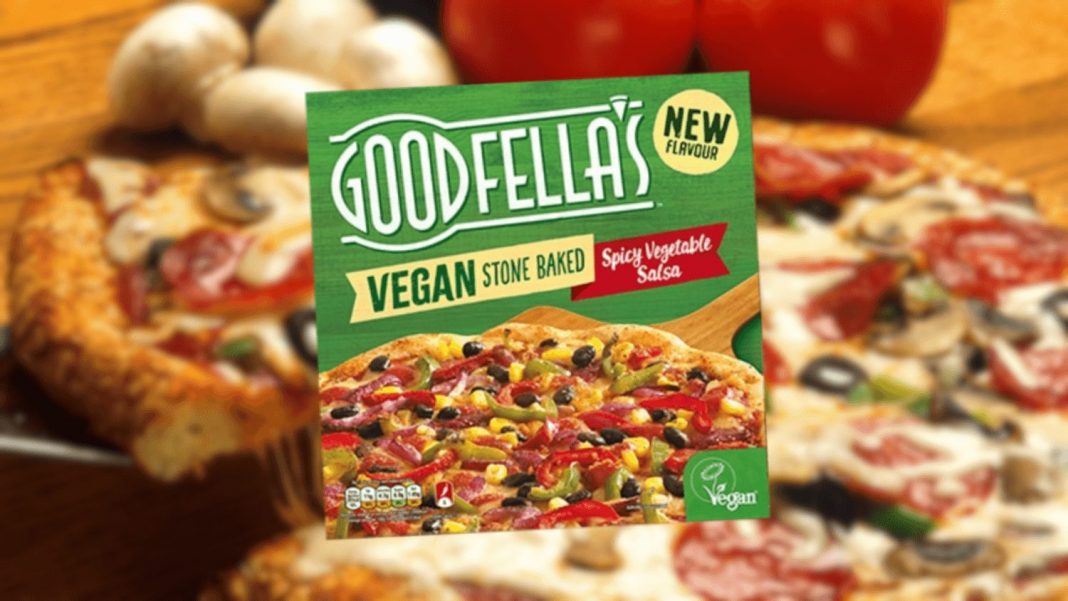 The new product is the second vegan offering from the company, which launched its first-ever plant-based cheese-less falafel pizza last year.

The new Spicy Vegetable Salsa option is thin-crusted and topped with peppers, black beans, red onions, and sweetcorn. As the name suggests, it also features a drizzle of spicy salsa.

According to Goodfella’s, the new option — which will be available from Tesco and Sainsbury’s — is the result of rising consumer demand for more meat and dairy-free products in the UK.

“We have partnered with VBites on the vegan cheese, and we are very pleased by the final result,” brand manager Alex Brown told Vegan Food & Living. “We knew that our next vegan extension needed to have vegan cheese on it, to ensure we were appealing to the ever-growing vegan shopper.”

The next new vegan offering from Goodfellas has landed! ??? Now in Tesco @_goodfellaspizza ? Joanie McLean via @vegan_food_uk

He added, “however, we also wanted to add spice and exciting ingredients onto this product, which we hope we have achieved.”

New cheesy vegan pizza options are popping up frequently, as conscious consumers look to indulge in their favorite treat without encountering the health, environmental, and ethical consequences of eating animal products. According to a recent study by Sainsbury’s, 91 percent of Brits now identify as flexitarian.

Last year, Waitrose added four own-brand vegan pizzas to its shelves, and in December, Iceland launched its own range of “No Cheese” pizzas. As of the last few months, Morrisons, Asda, and Sainsbury’s have also begun offering their own vegan pizza options.

Even popular affordable pub chain Wetherspoons has joined in with the trend, quietly adding a vegan-friendly vegetable low-calorie pizza to its ordering app last autumn.