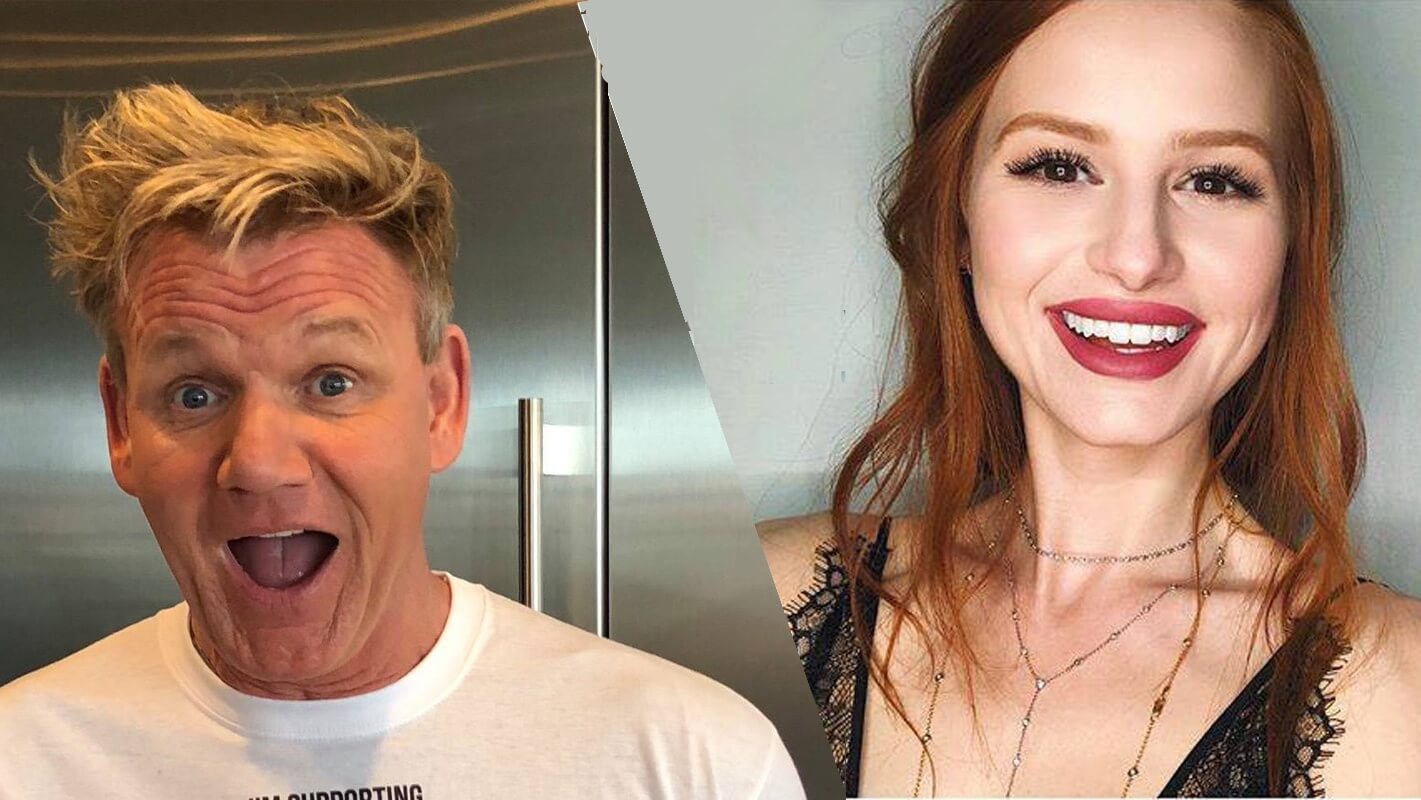 Internationally-renowned chef Gordon Ramsay, who has taken a hard stance against veganism in the past, has shocked the digital space once again by making another public announcement in favor of plant-based cuisine.

Ramsay’s YouTube cooking show just hit one billion views, and to celebrate, he surprised fans by having a plant-based cook-off with longtime vegan and actor Madelaine Petsch.

Petsch is known for her leading role on the wildly popular CW teen drama television series, “Riverdale.” She has been following a vegan lifestyle since the age of 14 and recently accredited her plant-based diet for powering her through the demanding on-set schedule.

In the cook-off with Ramsay, the two were both given a mystery box of vegan ingredients and challenged to cook their best vegan dish in a set amount of time.

Ramsay mentioned to Petsch during the episode that he heard she was a foodie, much like himself. She responded, jokingly, with “didn’t you know I’m a vegan?” Both the celebrity chef and Petsch, a home cook, showed off their impressive skills in the kitchen, each creating unique and technical dishes meant to wow the judges. Petsch experimented with greens, creating a kale pesto to garnish kelp noodles. Ramsay went for something more familiar to his typical style of cuisine: a marinated cauliflower steak complimented by a side of chickpeas.

The pairing of the two celebrities was unexpected by both of their fanbases, however, the cooks revealed that they are actually old acquaintances. Petsch started her career in entertainment behind the scenes, working as a production assistant on Ramsay’s show “Master Chef Junior.”

Despite Ramsay’s past history of bashing the vegan “trend,” he has recently shown somewhat of an affinity for plant-based cuisine. In April, he stirred up a frenzy of attention from the media when he tweeted: “Going to give this whole #vegan thing a try. Yes guys you heard that right. Gx.” Later that month, he noshed on a bottomless vegan pizza at his new London pizza restaurant, Street Pizza.

Ramsay’s “Vegan Masterchef Cookoff” is available to stream both on Ramsay’s and Petsch’s YouTube channels. Who will reign supreme? Watch to find out.