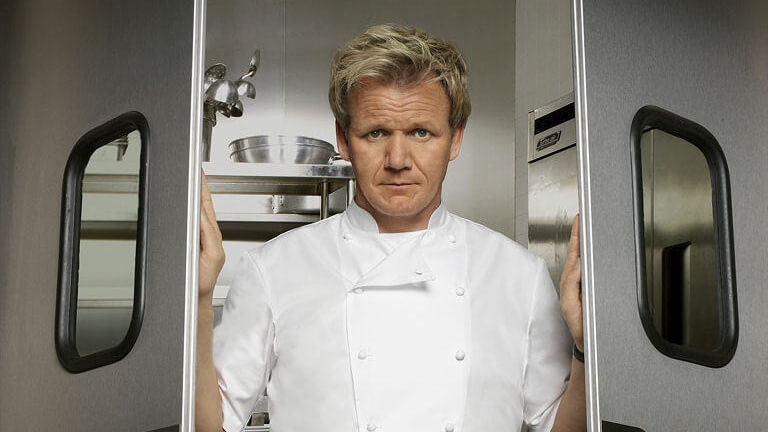 Gordon Ramsay no longer hates vegan food. And he doesn’t think anyone else should, either.

The chef told self-confessed vegan food-hater, television personality Piers Morgan to “go [expletive] himself” in a recent interview with James Corden on “The Late Late Show.”

Ramsay made the comments after Corden informed him of Morgan’s response to Ramsay’s latest Tweet. Ramsay posted on Twitter about adding a vegan roast to the menu in his London restaurant “Bread Street Kitchen.”

Alongside a video of the new dish, he wrote, “It’s happened. The vegan roast has landed at [Bread Street Kitchen].” Morgan Tweeted back, “Oh FFS Ramsay…no, you as well? This looks utterly revolting,” he then added several throwing-up emojis.

Morgan’s disdain for vegan food is widely publicized. At the beginning of the year, he made his feelings about Greggs new vegan sausage roll explicitly clear after he tried the pastry on “Good Morning Britain,” which he co-hosts with presenter Susannah Reid. Reid praised the sausage roll, but Morgan wasn’t so taken, proceeding to spit it out after a few bites.

The general public doesn’t seem to share Morgan’s views on vegan food; Greggs’ vegan sausage roll pushed sales at the bakery chain through the roof, helping it to top £1 billion for the first time ever in the first quarter of 2019. And a recent study — conducted by supermarket chain Sainsbury’s — revealed that 91 percent of Brits are now actively cutting back on their meat consumption.

Despite previous negative comments he has made about veganism, Ramsay also agrees that Morgan should move with the times. He told Corden, “So Piers Morgan is now a food critic?! Go and f*ck yourself! Seriously? Really?” He added, “Veganism is on the rise, we’ve got to adapt and eat a slice of humble pie.”

The celebrity chef has added a number of plant-based options to his restaurant’s menus. In Singapore’s location of Bread Street Kitchen, he recently launched the “bleeding” vegan Impossible Burger. In London, he offers a number of vegan roast options in his restaurants, as part of his “Roast Revolution” campaign.