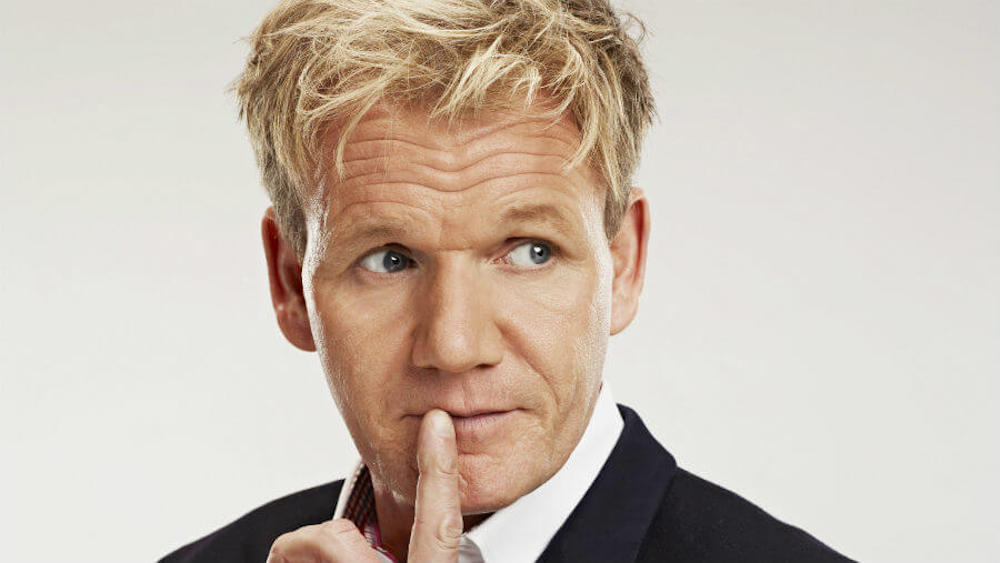 Restaurateur and famed TV chef Gordon Ramsay just tweeted that he is trying the vegan diet, posting a picture of an artisan cheeseless pizza alongside his tweet. Ramsay wrote, “Going to give this whole #vegan thing a try,” adding “Yes guys you heard that right. Gx.”

Prior to that, Ramsay had posted a short video of a roaring fire in a wood stone oven, teasing that “There’s something cooking in The City of #London. Can you guess what it could be?”

Going to give this #vegan thing a try … Yes guys you heard that right. Gx pic.twitter.com/iJZb8WMlH8

Does this mean Gordon Ramsay is vegan? Not exactly. But this is an exciting, if not a little bit perplexing, development from the celebrity chef who has a track record of openly mocking vegans and plant-based food. In 2016, Ramsay sparked a minor feud over Twitter when a follower asked him if he was allergic to anything and the MasterChef Junior judge responded “vegans.” Earlier this year, he roused the anger of vegan fans once again by writing “I’m a member of PETA! People eating tasty animals…” in response to his thoughts on a photo of vegan lasagna. As recently as yesterday, the chef gently mocked a photo of a fan’s veggie burger, asking “what’s your rabbit’s name?”

There is currently no indication of what Ramsay’s mysterious vegan pizza is for, but it seems that the chef’s stance against vegan food may be softening. Last year, MasterChef Junior featured its first-ever vegan cooking challenge with vegan celebrity Mayim Bialik acting as a guest host.

One could venture to guess that he may be working on a menu item for one of his restaurants, a challenge for an upcoming episode of MasterChef Junior, or that he’s simply enjoying a tasty vegan pizza. So far, no additional details have been given.

As more embrace the idea of plant-based food, we can expect to see more chefs (including those like Ramsay who have historically given vegan food a hard time) open up to the idea of cooking without animal products. Late last year, when a competitor on the hit cooking competition show MasterChef UK presented judges with a raw vegan, refined sugar-free cacao dessert, the hosts were astounded by the flavors achieved without dairy.