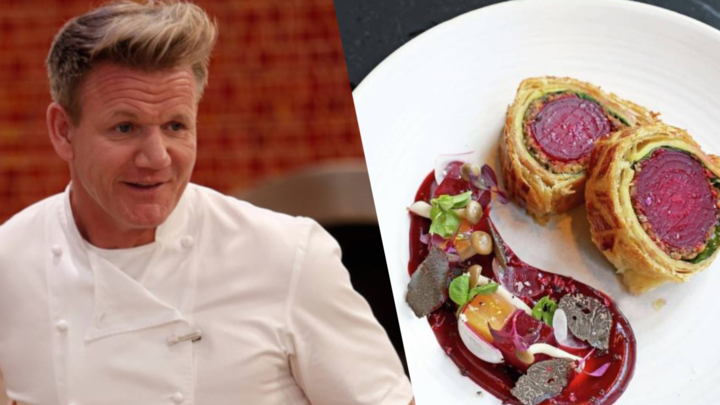 Celebrity chef Gordon Ramsay is on a mission to get Brits to eat more vegan and veggie roasts.

Ramsay — who said at the beginning of 2018 he was going to give “this vegan thing a try” — launched a plant-based menu in his London restaurant “Bread Street Kitchen” in January.

Since then, the chef added more vegan options to the menu, including a plant-based roast dinner. He posted about the new addition on his Twitter account, “it’s happened,” he wrote. “The vegan roast has landed at [Bread Street Kitchen].”

Ramsay’s Tweet follows a recent blog post by the restaurant, titled “The rise of the vegan roast.” The post explained that although the traditional English roast — consisting of meat and veg — “is a wonderful thing,” it’s time to innovate.

“Last year the UK overtook the leader, Germany, in the amount of new vegan products that were released. Plant-based diets are trending, and dairy-free milks are offered in any coffee shop worth its salt,” it notes, adding that the number of vegans is consistently rising in the UK and more and more people are trying out plant-based foods.

The traditional roast dinner needs to keep up with the times, it states. “If the roast is going to survive, it needs to evolve to meet the expectations, and diets, of our generation. Hence, the rise of the vegan and vegetarian roast,” it says.

Ramsay isn’t only embracing vegan foods in his London restaurants. Earlier this year, he added the “bleeding” Impossible Burger — which looks, cooks, and tastes like beef — to the menu in his Singapore location of Bread Street Kitchen.

Celebrity chef endorsement is vital in encouraging consumers to try more vegan food, according to Pat Brown, the CEO of Impossible Foods — the creators of the Impossible Burger.

“We expect meat-lovers to be suspicious [of the plant-based burger],” Brown said. He added, “The best way to get people to overcome that suspicion is to have food gurus…and people who are never going to compromise on food put their reputations behind it.”