Ramsay created the menu for the recent 22nd annual GQ Men Of The Year Awards. The Michelin-starred chef and restaurateur said to GQ Magazine in August that he was “excited” about the opportunity and looking forward to “bringing some of my favourite, signature dishes together on this special menu.”

“I hope all the guests love the variety of flavours as much as I do!” he added.

But not everyone was impressed. Morgan — who has a history of ridiculing vegan food — spoke about the event on “Good Morning Britain.”

Morgan explained that while he chose a meat dish, his “Good Morning Britain” co-host Susanna Reid ordered the vegan option. “You know what’s funny? Gordon Ramsay did the food, and what was hilarious was, I had the crab and the beef wellington. Susanna went for the vegan option, my wife got given it even though she didn’t ask for it, and both of them declared it one of the most disgusting things they have ever eaten,” Morgan said.

“The truth is, it was inedible, horrible gruel,” he said. 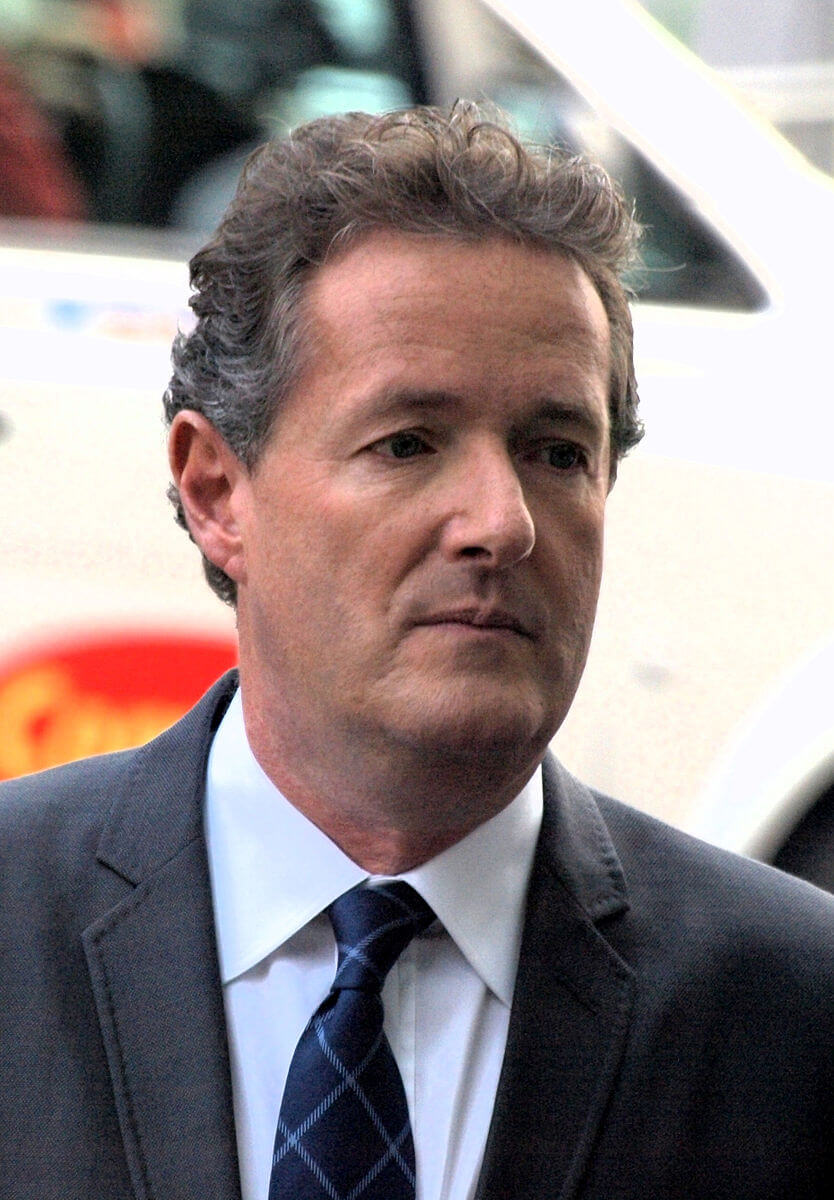 Piers Morgan is vocal about his distaste for vegan food. | Wikimedia Commons

The criticism follows similar comments made in March. After Ramsay shared an image on Twitter of a vegan roast recently added to the menu of his London restaurant Bread Street Kitchen, Morgan said the dish looked “utterly revolting.” But Twitter users had different ideas, with vegans and non-vegans alike celebrating the launch and sharing their excitement to try it.

Ramsay responded to Morgan’s comments on James Corden’s “The Late Late Show,” telling Morgan where to go. He said, “So Piers Morgan is now a food critic?! Go and [expletive] yourself! Seriously? Really? Veganism is on the rise, we’ve got to adapt and eat a slice of humble pie.”

Morgan is resistant to get on board, even though 91 percent of the UK is now flexitarian — a term coined for those who eat animal products but actively try to include more plant-based food in their diet.

The 54-year-old took swings at Greggs, the UK’s largest bakery chain, earlier this year when it launched its first vegan sausage roll. Greggs announced the meat-free pastry on Twitter, writing that “the wait is finally over.” Morgan replied to the post, saying, “Nobody was waiting for a vegan bloody sausage, you PC-ravaged clowns.”

The presenter later tried the plant-based sausage roll on “Good Morning Britain.” After taking a bite, Morgan spat out the pastry, calling it “disgusting” and asking, “Why would anyone eat this?”

It appears Morgan’s view isn’t shared by many. When it first became available, the vegan sausage roll quickly sold out at Greggs locations across the UK. The bakery chain credited the launch for its 14.1 percent sales rise and for helping it top £1 billion in sales for the first time ever. Greggs recently announced it was working on new vegan options for its popular products following demand.