Hamburgers pose a problem to environmentally-conscious carnivores. Animal agriculture accounts for 14.5 percent of human-caused greenhouse gas emissions, according to the United Nation’s Food and Agriculture Organization (FAO). Cattle raised for meat and dairy make up 65 percent of livestock emissions.

Meat’s impact on the planet is why experts recommend that people cut back on meat consumption. But some say that there’s a way to have your hamburger and eat it too: grass-fed beef.

Grass-fed beef’s proponents say it’s greener than meat that comes from a factory farm. But is that really the case? And is there such a thing as sustainable beef?

What is the definition of “grass-fed beef”?

What Does ‘Grass-Fed Beef’ Mean?

First, what is grass-fed beef? It’s tricky—and claims are dubious.

In 2016, the Agricultural Marketing Service (AMS) branch of the United States Department of Agriculture (USDA) announced that it was dropping the definition of “grass-fed.” According to the AMS, it does not have the authority to determine whether grass-fed claims made by companies on product packaging are “truthful and not misleading.” So, while the USDA still approves grass-fed claims, there is actually no legal definition of what that means.

AMS standards state that grass-fed beef “requires that ruminant animals be fed only grass and forage, with the exception of milk consumed prior to weaning.” The animals must have continuous access to pasture during the growing season and may not be fed grains.

According to the American Grassfed Association—a third-party verification program that operates outside of the USDA—verification means animals were fed a 100 percent “forage diet,” were not raised in confinement, and were never treated with hormones or antibiotics. They also must be born and raised “on family farms.”

Grass-fed beef cattle typically live for up to a year longer than conventional cattle. This is to bring the animal up to slaughter weight. Factory-farmed beef cattle live for 18 to 24 months and grow much faster. When not used for meat or dairy, cows can live for up to 22 years.

Many say that grass-fed cows live a better life. However, according to Food Revolution Network, grass-fed cattle are killed just the same as factory farm-raised cattle. “If they are taken to a conventional slaughterhouse, as indeed most of them are, they are just as likely as a feedlot animal to be skinned while alive and fully conscious,” author John Robbins explained.

He added, “[they are] just as apt to be butchered and have their feet cut off while they are still breathing. Distressing realities that tragically occur every hour in meat-packing plants nationwide.” 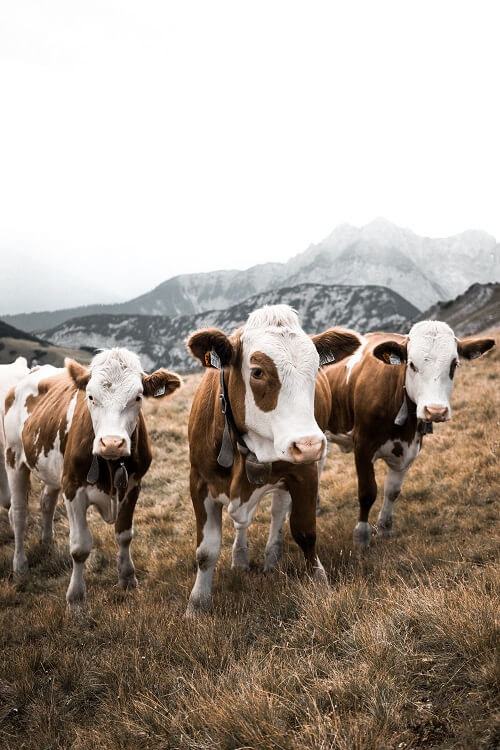 Is there such a thing as sustainable beef?

Many believe that grass-fed beef is more sustainable in addition to being more “humane.”

But, that’s not the case either, according to a study published in the journal Environmental Research Letters.

The paper explains that in the U.S., there is a “growing interest in producing more beef from cattle raised in exclusively pasture-based systems, rather than grain-finishing feedlot systems, due to the perception that it is more environmentally sustainable.”

The research was led by Matthew Hayek of the Harvard Animal Law and Public Policy Program and Rachel Garrett of Boston University’s Department of Earth and Environment.

The report says: “In order to produce the same quantity of beef as the present-day system, we find that a nationwide shift to exclusively grass-fed beef would require increasing the national cattle herd from 77 to 100 million cattle, an increase of 30%. We also find that the current pastureland grass resource can support only 27% of the current beef supply (27 million cattle), an amount 30% smaller than prior estimates.”

The authors clarify that demand in an “entirely grass-and forage-raised beef scenario” could only be sustained if overall beef consumption is cut down.

If consumption of beef is not minimized and instead is “satisfied by greater imports of grass-fed beef,” then a move to a purely grass-fed system would actually produce higher environmental costs. This includes an increase in methane emissions.

The paper concludes: “only reductions in beef consumption can guarantee reductions in the environmental impact of US food systems.” 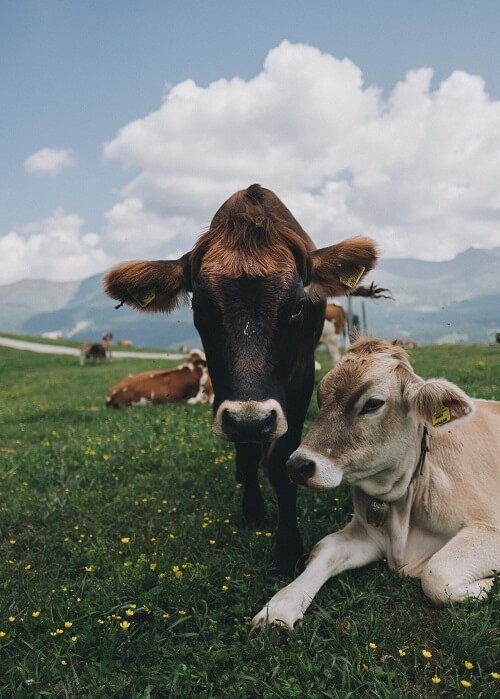 She added that these claims have received “huge attention” in regards to sustainability. Companies might imply that “grass-fed beef production can somehow help ‘save the planet'” by way of soil carbon sequestration—the practice of removing carbon from the atmosphere and locking it into the soil.

According to Dr. Garnett, the environmental impacts caused by livestock “outweigh any sequestration effects that arise.”

This includes grass-fed beef. Dr. Garnett backed the findings of the study published in Environmental Research Letters as well. With all of the environmental costs that meat entails, there is “no way we can carry on” eating as much as we do. Grass-fed sources would require “huge tracts of additional land.”

So, not eating beef at all may be the best course of action.

“At a global level, the consequences would be devastating. This is not to say that intensive systems are better – on the contrary. It simply underlines the point that there is no such thing as an impact-free steak,” Dr. Garnett explained.

The Impact of Animal Agriculture

This study adds to a body of research suggesting that animal agriculture is destroying our planet.

According to the FAO, global livestock industries account for 7.1 gigatonnes of carbon dioxide-equivalent per year. Meat and dairy cattle are responsible for the majority of emissions. Feed production and processing make up 45 percent of total emissions, and enteric fermentation—the digestive process in cattle—represents 39 percent.

Manure storage and processing represent 10 percent of emissions. Processing and transportation of animal products make up the remainder.

A 2016 study published in the journal Proceedings of National Academy of Sciences found that global food-related emissions would drop by 70 percent if the world were to go vegan.