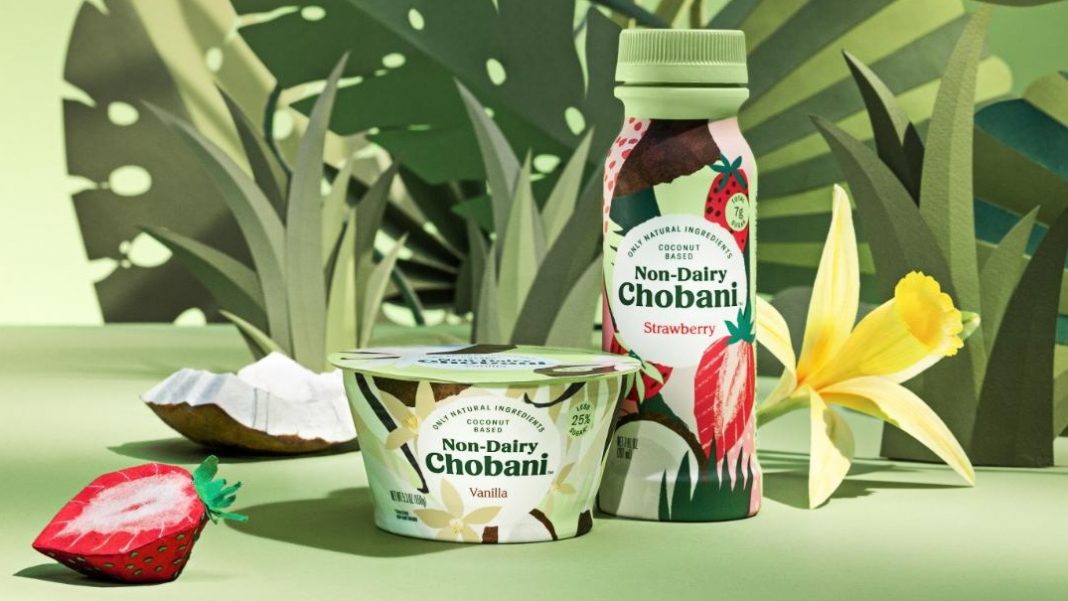 Fast Company reports that the new vegan yogurt has been in development for months at the Chobani’s Idaho-based R&D lab, the largest yogurt testing facility in the world. The base is made from coconut cream, which yields a texture similar to non-Greek yogurt.

“We have a belief: if we can’t make something better, we don’t make it at all. And for some time, we’ve felt that people deserve better non-dairy options,” said Hamdi Ulukaya, founder and CEO of Chobani, in a statement. “We’ve come up with something that’s much better than what’s out there – a new recipe that’s absolutely delicious, but also meets our food philosophy of being nutritious, made with only natural ingredients and at a price that’s accessible to all. Most importantly, this isn’t a replacement to dairy, but it’s a game-changer for plant-based products.”

“We weren’t trying to perfectly replicate how these foods would taste when the base is dairy,” said Niel Sandfort, VP of product management and innovation at Chobani. “We were trying to make something delicious on its own and that celebrates pure coconut cream.”

The Rise of the Non-Dairy Yogurt Market

“We studied the aisle and we studied the options and we realized that it’s pretty small,” Peter McGuinness, the company’s chief marketing officer, told Fast Company. Plant-based yogurt currently makes up just 2 percent the $8.5 billion category.

But according to data from Nielsen, the market is fast-growing. In September 2018, the firm revealed that vegan yogurt sales had grown 54 percent in one year. A report by Future Market Insights last April estimated that the non-dairy yogurt market may be worth as much as $7 billion by 2027. Some experts predict that non-dairy yogurt may become as popular as Greek yogurt in the coming years.

“What we were told–and this is directly from consumers–is that they would consume more non-dairy if it tasted better and it was better for you,” McGuiness continued. “And so our view of this is maybe it’s only 2% because of the options out there.”