Green Common, a Hong-Kong based grocery store and restaurant chain, is launching a new venture, The Kind Kitchen, in June. The eatery, located in Nan Fung Place, will act as a combined restaurant and store, but also as a center for numerous events, product launches, and cooking demonstrations.

The vegan menu on offer in The Kind Kitchen will be the first ever to include Omnipork, a vegan pork that has the same flavor and consistency as the traditional meat, but without the environmental, health and animal welfare implications. Omnipork was developed by Right Treat, a company headed by Green Common, and Green Monday, founder, David Yeung.  “Omnipork offers high-quality complete vegan protein to fulfill our body,” said Yeung. “It is also cholesterol-free, antibiotic free, hormone-free, cruelty-free, and 71% lower in saturated fat and 62% lower in calories than real pork while offering much higher fiber, 233% higher in calcium and 53% higher in iron.” 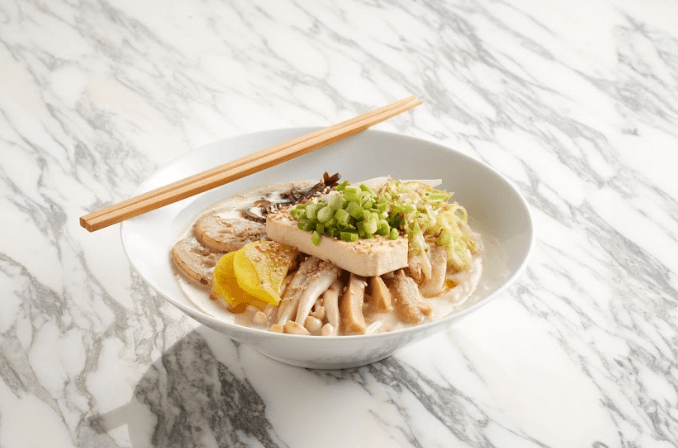 The Amazing Omnipork Ball (deep-fried Omnipork served with tomato sauce), Kind Gyoza (vegan Japanese dumplings stuffed with Omnipork), Future Bánh mì (containing Omnipork and Australian made vegan fish sauce), and White Dragon Ramen (Japanese vegan ramen made with soy milk), are just some of the new menu items set to be available to the new customers of The Kind Kitchen. Beyond Meat, Oatly, and JUST products will also be served, such as the JUST Avo Zoodle, which combines JUST scramble, avocado, and zoodle.

A kids version of the menu will also be on offer, developed in collaboration with SPRING, an award-winning early childhood play center. Food cards will be available for children, filled with fun facts, enabling them to learn about the ingredients on their plates. 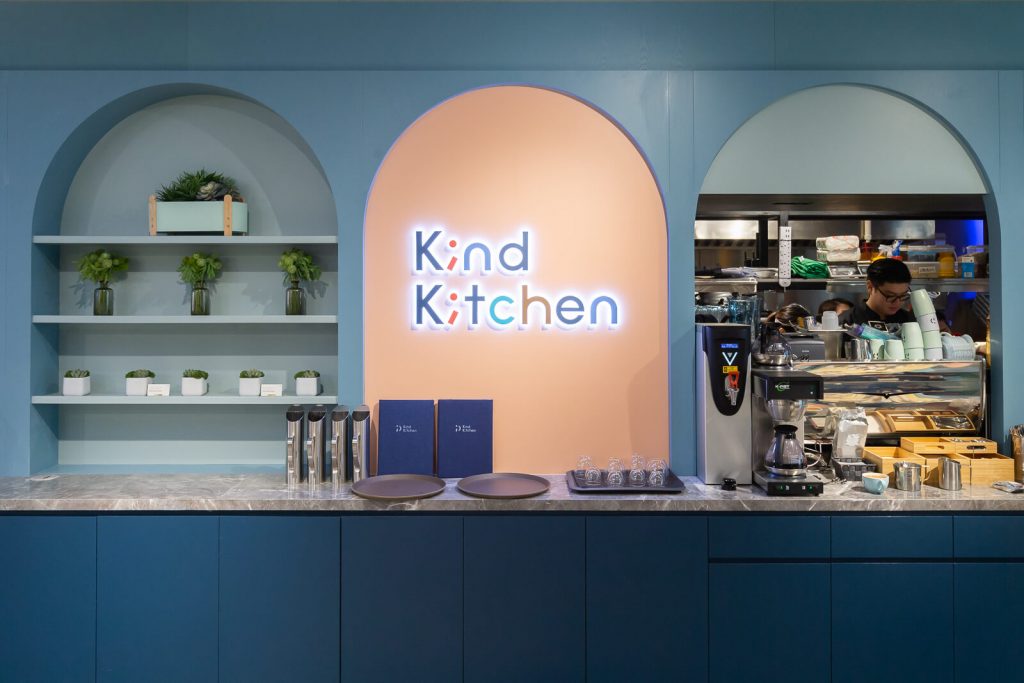 The aim of Green Common is to make green purchases “common.” The venture “successfully connects food and health in a fun and positive way,” said Dong Tao, one of the initiative’s investors.  “[It embeds] social value in a plant-based gourmet diet without lecturing or guilt-tripping,” he added.

The Kind Kitchen will have the capacity for 100 people, and the decor will be elegant, with quotes such as “Be Kind to Every Kind” and “Kindness Costs Nothing” painted on the walls.