Greggs is paying £7 million to its employees following the success of its vegan sausage roll in 2019.

According to the chain, the “huge popularity” of its vegan sausage roll — launched last January — combined with the demand for its traditional products helped to drive total sales up by 13.5 percent. CEO Roger Whiteside — who is currently trying out the vegan lifestyle himself — said in a statement, “[it’s] a strong finish to what has been an exceptional year for Greggs.”

“The major investments we have made in recent years to make Greggs an attractive choice in the food-on-the-go market are delivering,” he added. “Consumers are responding very positively and we have seen increasing visits from both new and existing customers.”

The bonus is “in recognition of their crucial contribution to business success,” says Greggs. The chain has more than 2,000 stores across the UK. 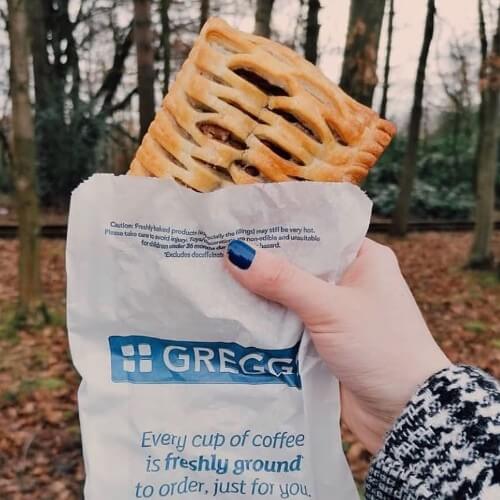 Like last year, Greggs saw in 2020 with the nationwide roll-out of a brand new vegan product. The new Vegan Steak Bake includes Quorn pieces, diced onions, and gravy. It also has a vegan donut, and over Christmas, it offered vegan-friendly mince pies.

And there could be more on the way. Last summer, Whiteside told LBC that, eventually, the chain is planning to release vegan versions of all of its top-selling products. He said, “we are plugging away at seeing if we can come up with a vegan version of all our top-selling lines.”

“Obviously, people want a vegan option,” he added. “If we can succeed in doing that and produce something that tastes just as good as the meat version, then that will sell very successfully. That’s what’s been shown with the vegan sausage roll.”