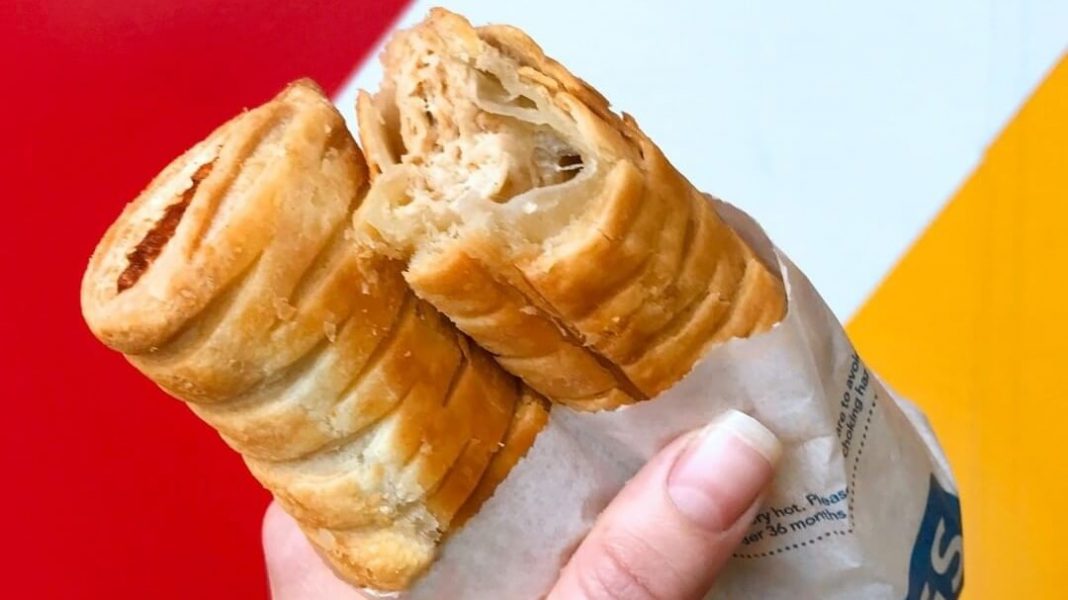 Greggs vegan sausage roll is so popular, the UK bakery chain credits it for rising sales.

ITV News has revealed that sales at the bakery chain have topped £1 billion for the first time ever, thanks in part to the vegan sausage roll.

The news comes following reports from earlier this year, which revealed that Greggs experienced a 9.6 percent rise in like-for-like sales in the seven weeks since the vegan sausage roll launch. Total sales jumped 14.1 percent compared to last year’s 2.9 percent.

“Whilst there are significant uncertainties in the months ahead, Greggs has started 2019 in great form, helped in part by the publicity surrounding the launch of our vegan-friendly sausage roll,” chief executive Roger Whiteside told ITV.

“We hope to continue benefiting from this strong momentum during the first half of 2019 before facing stronger comparatives later in the year,” he added.

The vegan sausage roll has been in high demand. A petition for the menu item was even launched by international animal rights group PETA (People for the Ethical Treatment of Animals) last year, garnering more than 20,000 signatures. On January 3, Greggs launched its vegan sausage rolls in 950 stores.

Finally got my hands on a @greggs_official vegan sausage roll ?ngl, it is very meat tasting and I can’t see myself craving it anytime soon… so defs good if you’re a meat eater who wants to choose a cruelty free, environmentally friendly option that’s also higher in protein and lower in fat than the porc one. • £1 in select Greggs stores and selling out fast every day ? have you tried it? What did you think? • #vegan #plantbased #whatveganseat #vegansausageroll #greggsvegansausageroll #greggs #vegansuk #veganscotland #veganedinburgh #treatyoself #fastfood #veganfastfood #plantpower #plantprotein #vegangirl #meatfree #dairyfree #crueltyfree #piersmorgan #veganuary #selflove #selfcare #green #nails #positivevibes

Soon, customers across the UK reported that their local Greggs had sold out. The demand was so high, that customers were even bidding £7 for the meatless sausage roll on eBay. Many declared that it tasted even better than the original.

“We’re not giving out numbers – it’s in the hundreds of thousands – but it is the fastest selling new product we have launched in six years. It’s literally flying off the shelves,” Whiteside continued. He disclosed that more vegan options are coming, but did not provide any details.

Greggs’ vegan sausage roll is made from Quorn meat, vegetable oil, and 96 layers of dairy-free puff pastry. The launch was inspired by demand, according to Whiteside. “Like many food retailers we have seen increasing demand for vegetarian and vegan products. We have been trying to develop a vegan version of our famous sausage roll for some time now,” he said.

“It has not been easy but our taste panel customers all love this one,” he added.

Across the UK, the demand for vegan food is rising and sausages, in particular, are a favourite. According to a study conducted in April, more than 2.8 million feet of vegan sausages were sold in the country last year. The data indicated that if every veggie and vegan sausage link sold were laid end-to-end, the chain would be 15,000 times higher than Nelson’s Column in central London.

Greggs’ vegan sausage rolls will be available at all 1,800 locations from March 8.