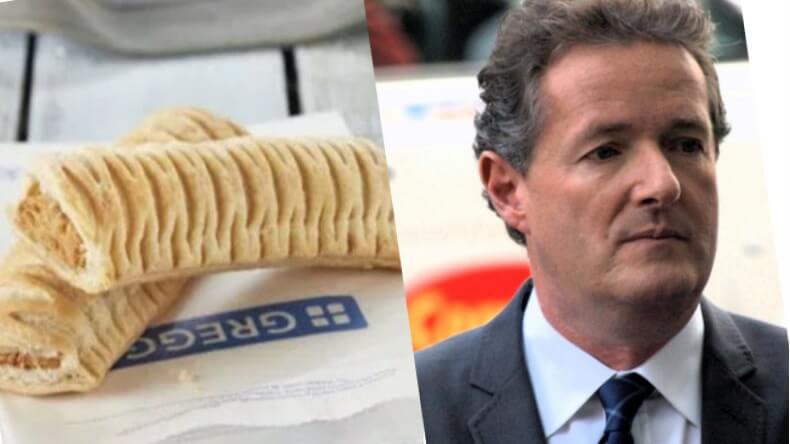 Piers Morgan took a stab at Greggs new vegan sausage roll – and the bakery chain shut him down with the best response.

Replying to Greggs’ Twitter announcement of the meatless sausage roll’s arrival, which read “the wait is finally over,” the Morgan replied, “Nobody was waiting for a vegan bloody sausage, you PC-ravaged clowns.”

Greggs took the jab in stride, responding with, “Oh hello Piers, we’ve been expecting you.”

Greggs didn’t just get sassy with Morgan – the bakery chain’s social account has replied to a number of nay-sayers who found the launch controversial.

“Why? It’s a sausage roll! When will they make carrots look like sausages for us meat eaters. Never,” wrote one follower named Grant. To which Greggs replied: “Is that something you’d like Grant? We can put a word in.”

While the “Good Morning Britain” host’s response to Greggs’ vegan sausage rolls is expected. Morgan has been known mock plant-based diets, even stating that he would “rather impale himself” than participate in Veganuary in a recent tweet. His claim that “nobody” wanted a meatless sausage roll, however, is off.

According to Roger Whiteside, chief executive at Greggs, the launch was a response to consumer demand for a plant-based option. “Like many food retailers we have seen increasing demand for vegetarian and vegan products,” he told the Independent. “We have been trying to develop a vegan version of our famous sausage roll for some time now.”

The vegan sausage rolls consist of a Quorn sausage wrapped in 96 layers of dairy-free puff pastry.

Vegan Sausage Rolls Selling Out Across the UK

The meatless sausages, which launched earlier this week, are already a hit with customers. Several people have taken to social media to lament that their local Greggs is already sold out. One customer even walked away empty-handed after visiting three locations.

A recent Quorn survey asking if customers have tried the new plant-based option reveals that while a majority of voters haven’t tried it yet, they hope to soon. It appears to be a common occurrence across the nation as people scramble to get to their local shop in hopes of snagging a vegan sausage roll.

Greggs vegan sausage rolls are now available across the UK.