Last January, the bakery chain launched a vegan version of its famous sausage roll. It was an overnight sensation, selling out across the UK. High demand for the vegan roll helped Greggs top £1 billion in sales for the first time ever.

Following the success of the vegan sausage roll, CEO of the chain, Roger Whiteside, told LBC that Greggs is working on lots of new vegan options. “We are working away to see if we can come up with a version of all our bestselling lines because people want vegan options,” Whiteside said.

“If we can produce something that tastes just as good as the meat version, then that will sell very successfully. That’s what’s been shown with the vegan sausage roll,” he added.

Sold in a four-pack, the new glazed hot cross buns are made with a unique blend of spices, vine fruits, and feature an orange flavor. They are the latest addition to Greggs’ growing list of plant-based offerings. 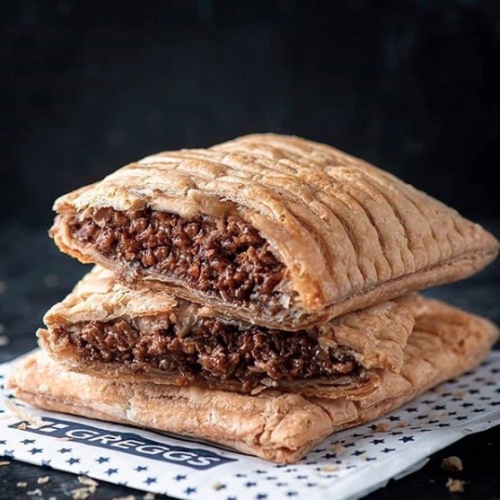 Whiteside recently hinted that a vegan chicken bake could also be on the cards. He said earlier this year, “[vegan] chicken is a way forward. I have seen some good products out there.”

Last fall, Whiteside announced he would try out a vegan diet himself after watching the 2018 documentary “The Game Changers.”

“Obviously there are arguments based around animal welfare and the environment, but this was all about the health benefits, and I thought I should give it a go,” Whiteside said at the North East Business Executive Awards.

The bakery’s other vegan-friendly offerings include vegetable soup and a Mexican bean and sweet potato wrap.