Updated August 17, 2019. Greta Thunberg is traveling to America in the most vegan way possible.

True to her message, the 16-year-old Swedish vegan environmentalist is boycotting carbon-heavy planes and hopping on board the Malizia ll — a 60-foot yacht fitted with solar panels and underwater turbines, which generate zero-carbon electricity. According to the Economic Times, the ship is stocked with freeze-fried vegan food that can be heated with water on a stovetop.

Thunberg reportedly spent months figuring out how to bring her climate activism to the U.S. in the most environmentally-friendly way possible.

For the best part of a year, Thunberg repeatedly made headline news. She inspired thousands of children around the world to walk out of school on a Friday and protest against the climate crisis.

She made hard-hitting speeches, holding governments and corporations accountable. She even recorded a spoken-word record with British pop-rock band “The 1975,” calling for “civil disobedience” in the name of climate action.

‘The Window is Closing Fast’ 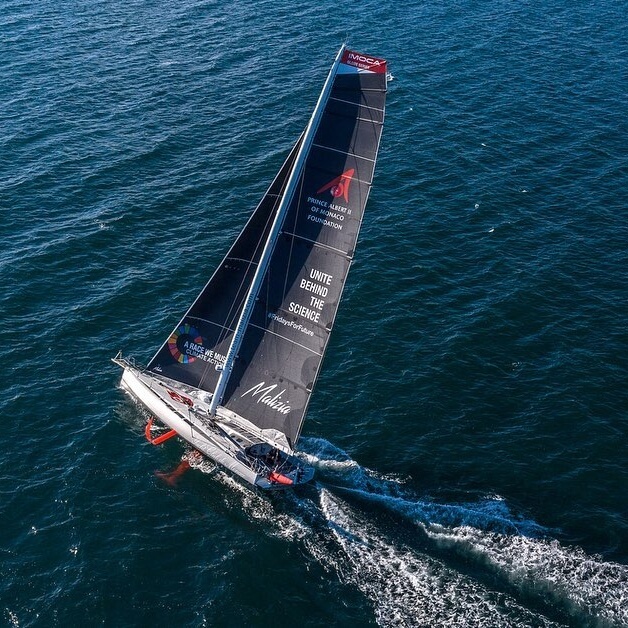 In the U.S., she intends to continue preaching her message: that the world as we know it will be lost if we do not act fast.

“We still have a window of time when things are in our own hands,” she wrote on Instagram. “But the window is closing fast. That is why I have decided to make this trip now.”

The young activist will attend a summit hosted by UN Secretary-General António Guterres during her visit to North America, as well as climate protests in New York. She will travel via train and bus to Chile, where the UN’s annual climate conference is being held. She will also stop in Canada and Mexico, among other North American countries.

U.S. President Donald Trump is notorious for denying the severity of the climate issue. He once labeled the climate crisis a “hoax” invented by China and falsely implied that wind turbines could cause cancer.

Thunberg says she is not sure if she will bother attempting to speak with him during her visit. “I have nothing to say to him,” she told the Associated Press, reports ABC. “He obviously doesn’t listen to the science and the scientists. So why should I, a child with no proper education, be able to convince him?”

But she still hopes that the rest of America will hear her message. “I will just try to go on as I have before,” she said. “Just always refer to the science and we’ll just see what happens.”

Thunberg’s method of crossing the Atlantic ocean is environmentally-friendly, but it is undeniably inaccessible to most people. She has emphasized that she doesn’t believe that everyone should stop flying, but that we need to make the process kinder to the planet. She said, “I’m just saying it needs to be easier to be climate neutral.”