The fund will donate nearly half a million pounds to the school strike and Extinction Rebellion groups.

Neilson, an entrepreneur and philanthropist who worked with Bill Gates and Richard Branson, said the fund was inspired by the protests that took place in the UK in April, and by Thunberg, who has made waves within the movement. Arnold Schwarzenegger recently said he was “starstruck” to meet Thunberg, praising her for holding those in power accountable for their actions, or lack thereof, involving climate change matters.

Neilson revealed to the Guardian that the three founders would rally up their connections to raise “a hundred times” more money in the coming months.

The funds, which will go toward various groups across the globe, will be used to boost efforts of all kinds, like to buy leaflets for young activists and to help build offices for larger groups. 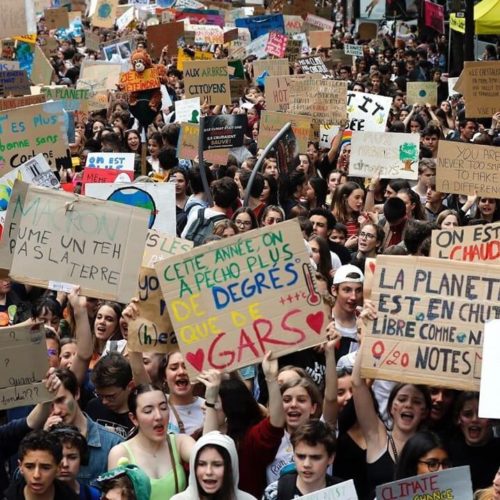 Neilson has long supported environmental efforts but it wasn’t until the worsening state of the planet directly impacted his family that he realized more needed to be done.

“Something about throwing my two-year-old and wife in the car and evacuating from the worst fire in the history of southern California brought the issue into a new type of focus,” Neilson said to the Guardian, referring to the 2018 wildlife season in California which saw more than 8,000 fires burning an area of 1,893,913 acres.

He explained that the funding from the Climate Emergency Fund will “provide resources to grassroots activists who seek to disrupt in a non-violent way [and] to demand that governments declare a climate emergency and put in place policies to address this crisis.”

The entrepreneur explained that most “of the world’s biggest philanthropists are still in a gradualist mindset.” However, he added, “We do not have time for gradualism.”

Neilson believes the fund will be monumental for the cause. He said, “This might be the single best chance we have to stop the greatest emergency we have ever faced.”