Thunberg recorded a spoken word essay for the band, which features on their new album “Notes on a Conditional Form.” Speaking over an ambient backing track, Thunberg calls for a rebellion. She says, “it’s time for civil disobedience.”

Although it’s not a single in its own right, the new track — named “The 1975”–  is the first number of the new album. The last three albums from the band have followed the same format, with ambient tracks recorded under the same title.

At 16-years-old, Thunberg is a leading voice in climate activism. She holds the grown-ups accountable, takes governments to task, and encourages immediate action to save the planet.

‘The Rules Have to Be Changed’ 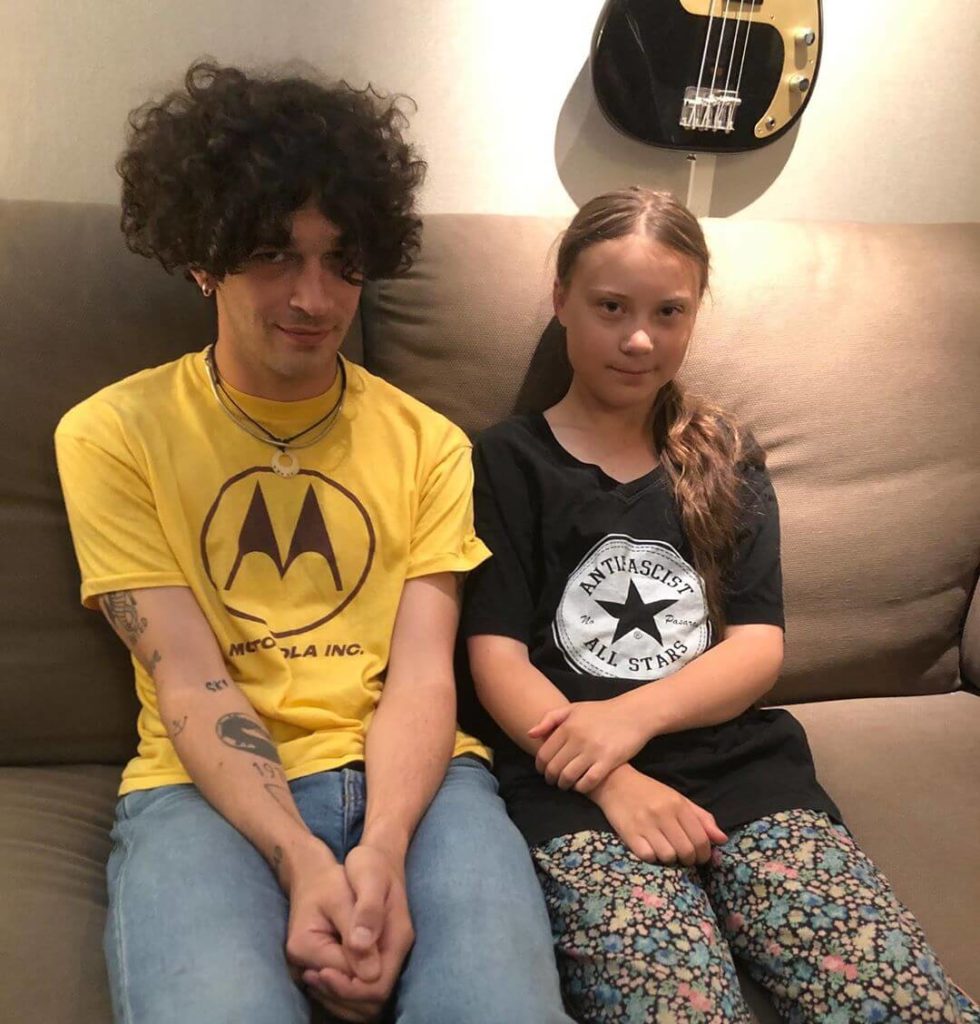 In the track, she says, “we are right now at the beginning of a climate and ecological crisis. And we need to call it what it is: an emergency.” She continues, “today we use about 100 million barrels of oil every single day. There are no politics to change that.”

“There are no rules to keep that oil in the ground,” she adds. “So we can no longer save the world by playing by the rules, because the rules have to be changed, everything needs to change, and it has to start today.”

Thunberg posted about the new song on her Instagram account, revealing that all of the income earnt from the track will go towards socio-political movement Extinction Rebellion.

She wrote, “new track from [The 1975] out today and I’m in it! So happy to collaborate with these great people. All of our income from this track titled The 1975 – which will be the opening track on their upcoming album – will go to [Extinction Rebellion]. Thank you everyone for getting the message across. Song available on all platforms today.”

Extinction Rebellion uses civil disobedience and nonviolent resistance to protest against the climate crisis. “Rebel for life,” it says on its website. “For the planet. For our children’s children’s futures. There is so much work to be done.”

Following the release of the new album, The 1975 decided to go down a different route with their merchandise. Instead of printing new t-shirts, the band is reprinting old shirts with the slogan “NOACF,” which stands for “Notes on a Conditional Form.”

Lead singer Matt Healy posted about the recycled t-shirts on his Instagram account.  “We are not making new shirts now. Unsustainable,” he said. “This run is all old shirts (first album, early tours etc) that we had kept and have reprinted as your NOACF shirts. You will also be able to bring any old 1975 shirt or ANY bands you love shirts to Reading Festival and have the same print done over the top there and then.”