Vegan climate activist Greta Thunberg has said that meat, dairy, and eggs are “stealing” her generation’s future. Livestock production is one of the greatest drivers of climate change.

The 16-year-old Swedish activist explained in an interview that she persuaded her parents to ditch animal products for the good of the planet and her generation’s future.

“In the beginning they were like everyone else. They were like ‘don’t worry, someone will invent something in the future. People have this under control,'” she said in the interview.

“But the more I read about it the more I understood that we don’t have this under control. And so then I started to become worried,” she said.

Thunberg explained that she showed her parents articles and data about animal agriculture’s impact on the environment. Whilst they acknowledged it was important, “they always had excuses,” she said.

“I just kept telling them that they were stealing our future and that you cannot stand up for human rights while you are living that lifestyle. And then they decided to do those changes,” she explained. 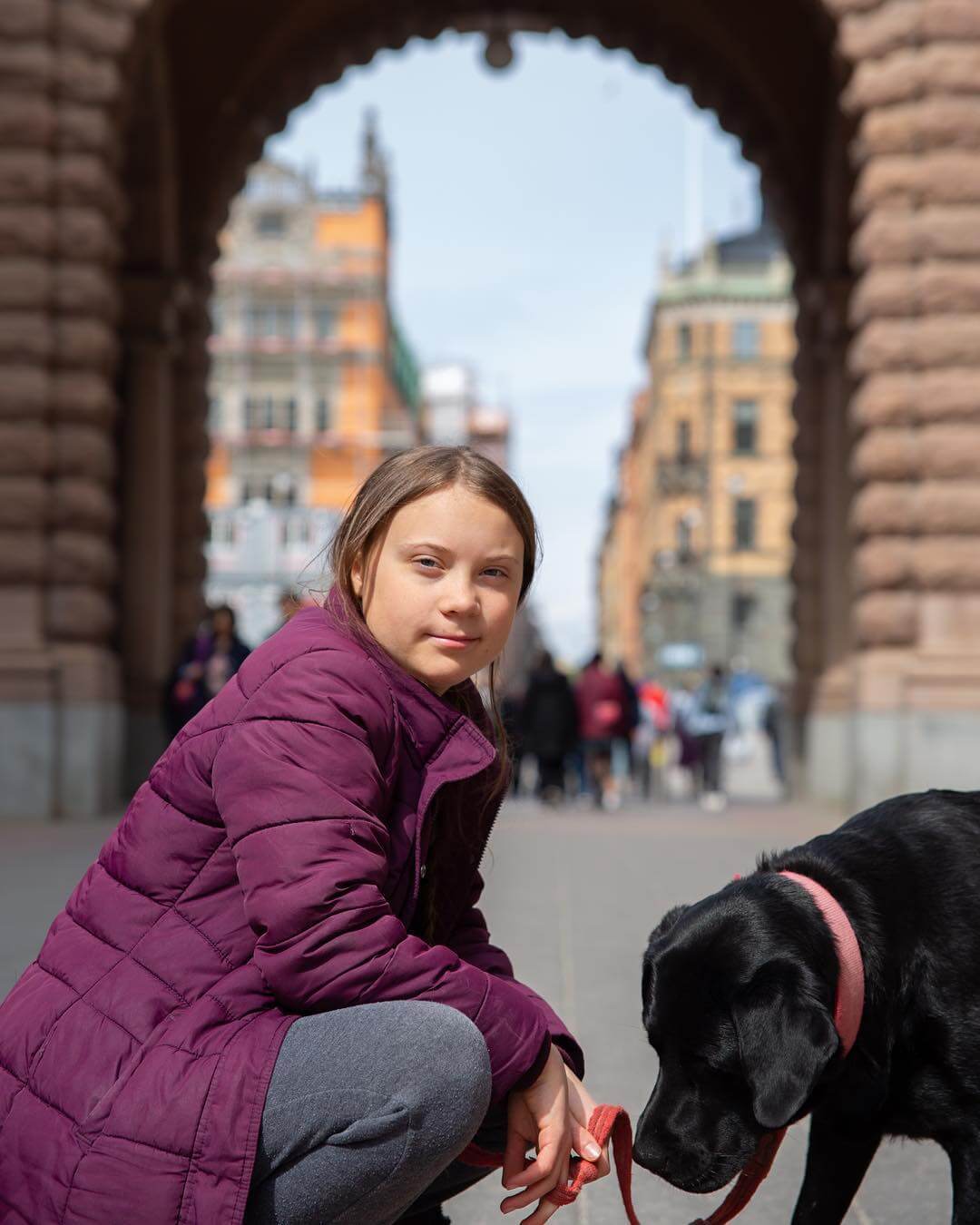 It isn’t the only time Thunberg has urged older generations to think about their actions. In 2018, at 15 years old, Thunberg addressed the UN plenary in Poland, condemning them for not acting sooner to put a stop to climate change.

“It is the sufferings of the many which pay for the luxuries of the few,” she said in her speech.

She added, “You say you love your children above all else and yet you’re stealing their future in front of their very eyes.”

Animal Agriculture and the Environment

Thirty-six times more land is required to produce even the lowest impact beef compared to peas, an ingredient commonly used in vegan meat. Meat-based diets also use more water; the water footprint of a vegan or vegetarian is around half of that of a meat-eater.

The most comprehensive analysis of farming’s impact on the planet found that plant-based food is most effective at fighting climate change. Study author and Oxford University researcher Joseph Poore said adopting a vegan diet is “the single biggest way to reduce your impact on planet Earth.”